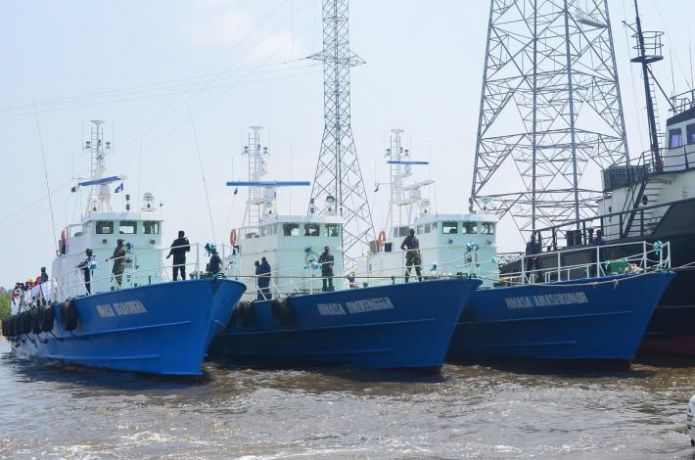 This is in line with the recent approval by the Federal Executive Council (FEC) in Abuja.

According to a statement in Lagos on Saturday by the Head, Corporate Communications, Mr Isichei Osamgbi, the move is also in line with the total spectrum of maritime security strategy.
The Director-General of NIMASA, Dr Dakuku Peterside, also announced the establishment of a Command and Control Centre as part of the maritime security strategic initiative.

“The four components of the initiative are situational awareness, response capability, law enforcement and local partnerships and regional cooperation; which are the fulcrum upon which tackling maritime crime will be built on,”

Peterside said that the implementation of NIMASA’s maritime strategy, in collaboration with the agency’s partners, was a panacea to piracy and maritime crime within Nigerian territorial waters.

He gave an assurance that NIMASA would continue to collaborate with the military, especially the Nigerian Navy and the Nigerian Air Force, among other partners, to make Nigerian waterways safe and secure.

“We are not unmindful of the peculiar environment of Niger Delta which poses its own challenge in tackling maritime crime, especially kidnapping of crew and illegal bunkering that leads to pollution.

“We will continue to work with the Nigerian Navy and regional organisations to strengthen our regional approach to tackling maritime crime,” he said.

The director-general said that NIMASA would not relax in its quest to see the early passage of the Anti-Piracy Bill, the draft of which the Federal Executive Council recently approved for legislative action.

Peterside explained that eradicating maritime crime and piracy would be a priority for the agency and its partners in 2018.

He said that the agency focused on working with all relevant stakeholders, using its laid-out strategy to phase out maritime crime in Nigeria’s domain. (NAN)