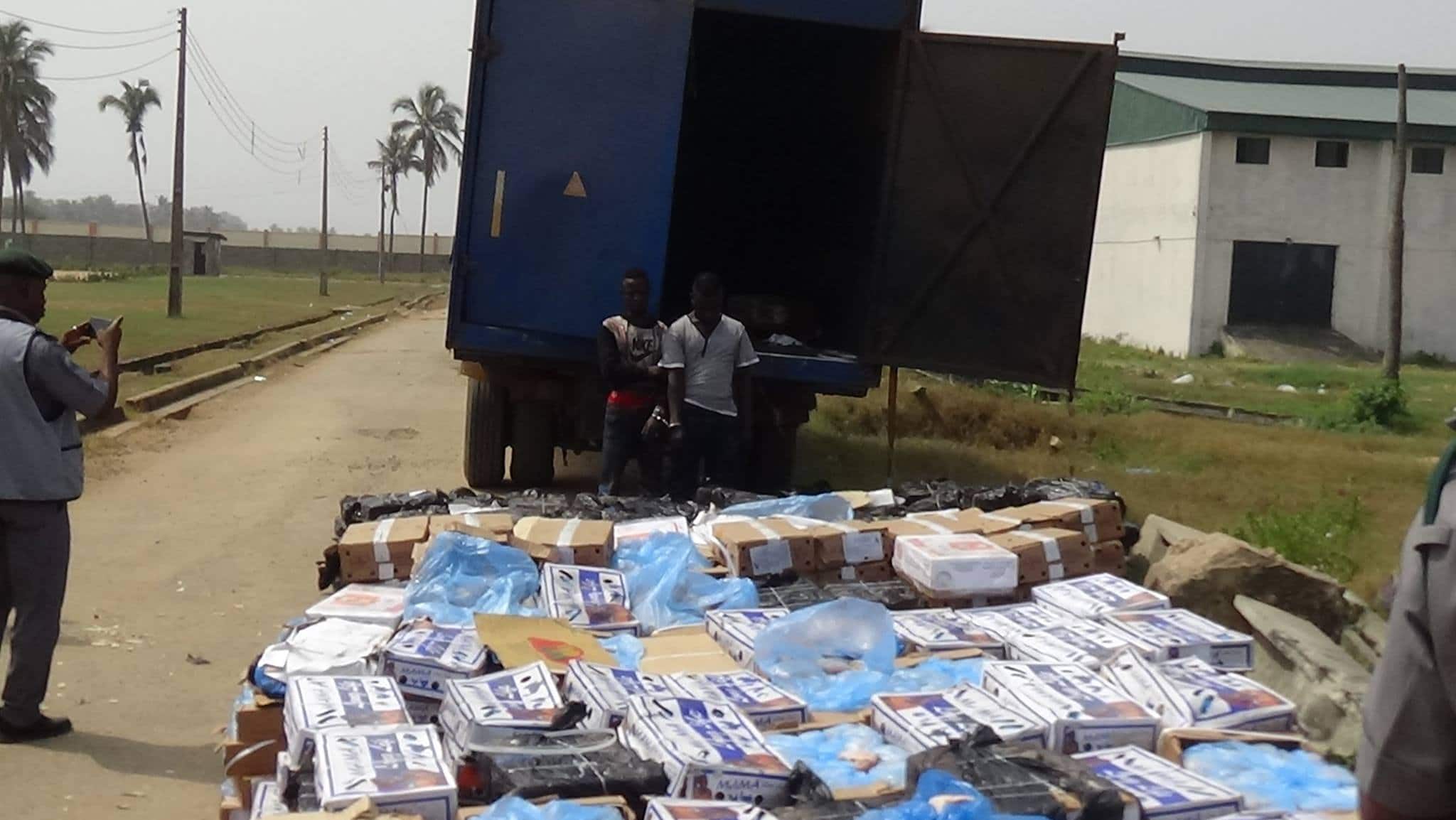 The Seme Command of the Nigeria Customs Service has made seizure of Five hundred and fifty (550) cartons of frozen poultry products, with Duty Paid Value of N6,048,680.00.

The Information patrol team led by CSC Ozah, Mathew. O. disclosed that the arrest was effected within Mosafejo axis when the said truck was coming out from the creeks on the 4th January 2016 at 0500hrs. The imported frozen poultry product was arrested in a blue Volvo truck with Reg No. FKJ 359 XJ.

The truck compartment used was well constructed for the purpose of concealment as it physically seems empty.

Two suspects have been arrested in connection with the seizure. 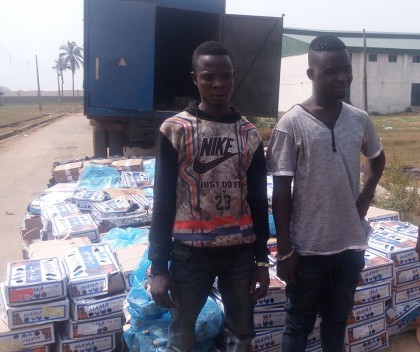 Compt. Dimka said the suspects will be prosecuted in the court of law to serve as a deterrent to those who have chosen smuggling as the only way for their livelihood.