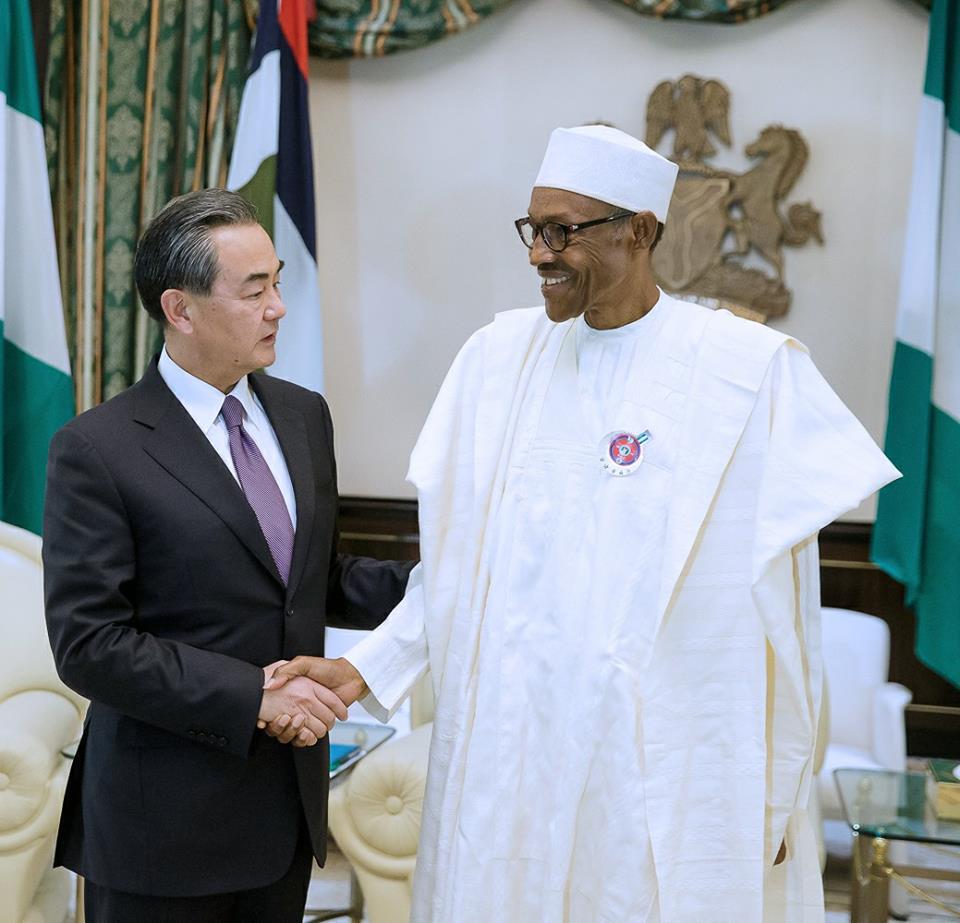 Femi, Adesina, Abuja: Nigeria will keep faith with all agreements entered into with China, President Muhammadu Buhari has pledged.

The President spoke Wednesday while receiving the Foreign Minister of the Peoples Republic of China, Wang Yi, at State House, Abuja.

“This administration is very serious about infrastructural development. We want rail, road, power, skill acquisition for our people. We ought to have developed beyond this point, but we neglected infrastructure when we had the resources. Now, we have to collaborate with you, and we will keep our side of the bargain in all agreements we have signed,” President Buhari said. 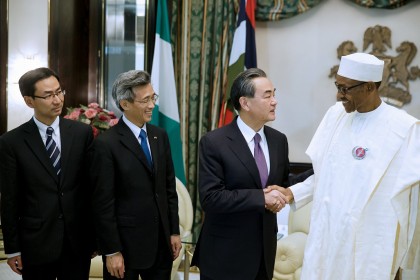 The Nigerian President had visited China in April, last year, as the guest of President Xi Jinping, and the two countries signed memoranda of understanding on projects, running into several billion of dollars. Some of those due for implementation now include railway projects, the Keffi Expressway, among others, while the sum of 100 million yuan would be released for agriculture demonstration centers. 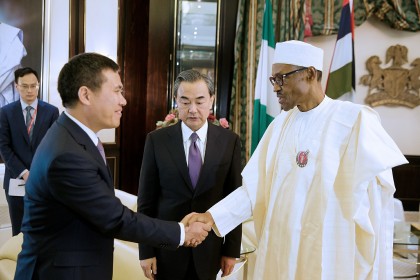 Mr. Wang Yi lauded Nigeria for recognizing the “one China policy,” saying President Buhari, as someone who fought a civil war to keep Nigeria one, knows the value of unity.

He also commended efforts being made by President Buhari to diversify the Nigerian economy, stressing: “China will be a reliable partner in this. We will cooperate with you to achieve food self-sufficiency. We will also get involved in industrialization, hydropower, and the military/defense sector.”

The Chinese Minister also said his country was happy with strides that President Buhari had made on the war against terrorism.