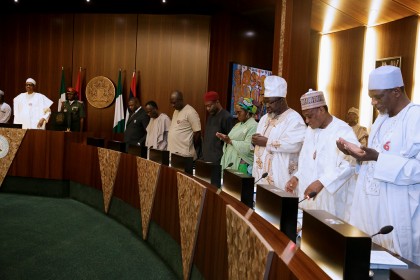 Adamu Sambo, Abuja: The Federal Government has granted Nigeria’s citizenship to 335 foreigners who met stipulated conditions for such rights in line the provisions of the constitution.

Minister of Interior AbdulRahman Dambazau announced this to Newsmen after the Federal Executive Council meeting President over by President Muhammadu Buhari.

He said the people were carefully selected out of those who applied to the nation’s authorities to become Nigerian citizens for various reasons. State House Correspondent Adamu Sambo reports that the council president over by President Muhammadu Buhari also approved an outline business case for the concession of Gurara Hydropower plant as well as the completion of Sapke water Supply project at over one point seven billion naira.