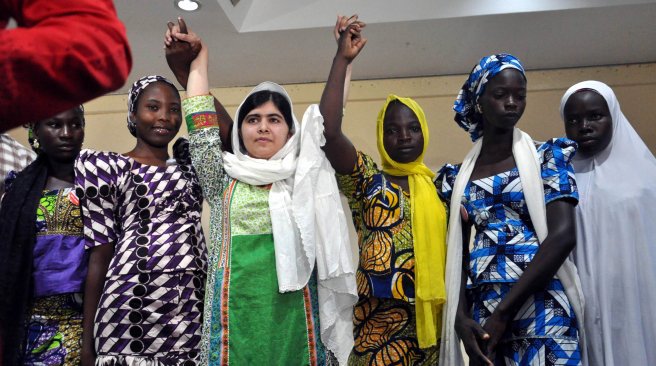 Segun Adeyemi, Abuja: The Nigerian government is unrelenting in its efforts to ensure the safe return of the Chibok girls who remain in captivity, President Muhammadu Buhari has assured.

Responding to a letter written to him by Ms. Malala Yousafzai, the Co-Founder of the Malala Fund, President Buhari said while he cannot divulge the details of ongoing negotiations to secure the release of the girls due to the sensitive nature of the negotiations, “rest assured, however, of the doggedness, commitment and sincerity of the Nigeria’s Federal Government towards ensuring the safe return of the Chibok girls, and indeed all others still in captivity.”

In the letter, dated 10 Jan. 2017 and signed on his behalf by the Minister of Information and Culture, Alhaji Lai Mohammed, the President said the gallant troops of the Nigerian military have recently scored a great victory by seizing control of the Sambisa Forest, the last stronghold of the Boko Haram elements who are responsible for the kidnap of the Chibok girls.

He said, however, that in line with his pledge that Boko Haram will not be considered defeated without the rescue of the Chibok girls and all other innocent persons held hostage by the insurgents, the military, the State Security Service and the other security agencies are intensifying their efforts to ensure freedom for all those who remain in captivity.

On the welfare of the 21 Chibok girls who regained their freedom on 13 Oct. 2016, the President said the Federal Government has taken over the responsibility for their personal, educational and professional goals and ambitions in life.

“They are being given comprehensive medical, nutritional and psychological care and support, and anyone who has seen them in recent times will attest to the fact that their reintegration back to the society is progressing well. The Federal Government believes that it is not too late for the girls to go back to school, and everything will be done to ensure that they continue the pursuit of their studies,” he assured.

President Buhari commended Ms. Malala for her continuing caring disposition towards the release of the girls who remain in captivity, and the welfare of the girls who have regained their freedom, adding: “There is no better example of the fact that we are all linked by our common humanity.”