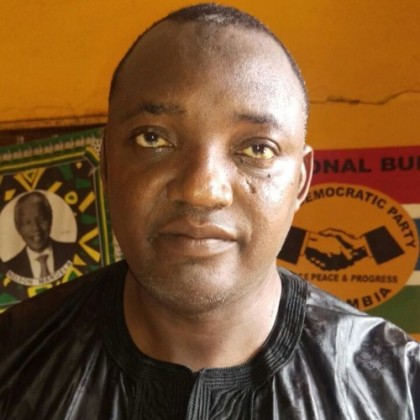 A tweet by Halifa Sallah, his aide, says that the new Gambian President is expected in Banjul by 4pm.

The tweet appears to have settled questions on when the real-estate baron turned politician will assume state functions, after the departure of his predecessor, the long-time ruler Yahya Jammeh.

Barrow, now in Dakar Senegal was sworn into office on 20 January, at the Gambian embassy, a day after the tenure of Yahya Jammeh expired.

Barrow himself in a tweet had said he would return home on Tuesday. The tweet has been deleted, with only the announcement on the appointment of 68 year-old Fatoumata Tambajang  as Vice President retained on the handle, which now has 24,000 followers.

Jammeh left on Sunday in the wake of military threats by a 7000 strong ECOWAS force, strung together to ensure that he respected the wishes expressed by Gambians in the 1 December poll.

The West African soldiers have now taken control of the capital and indications are that a large contingent may remain in the country for at least six months, based on Barrow’s own request.