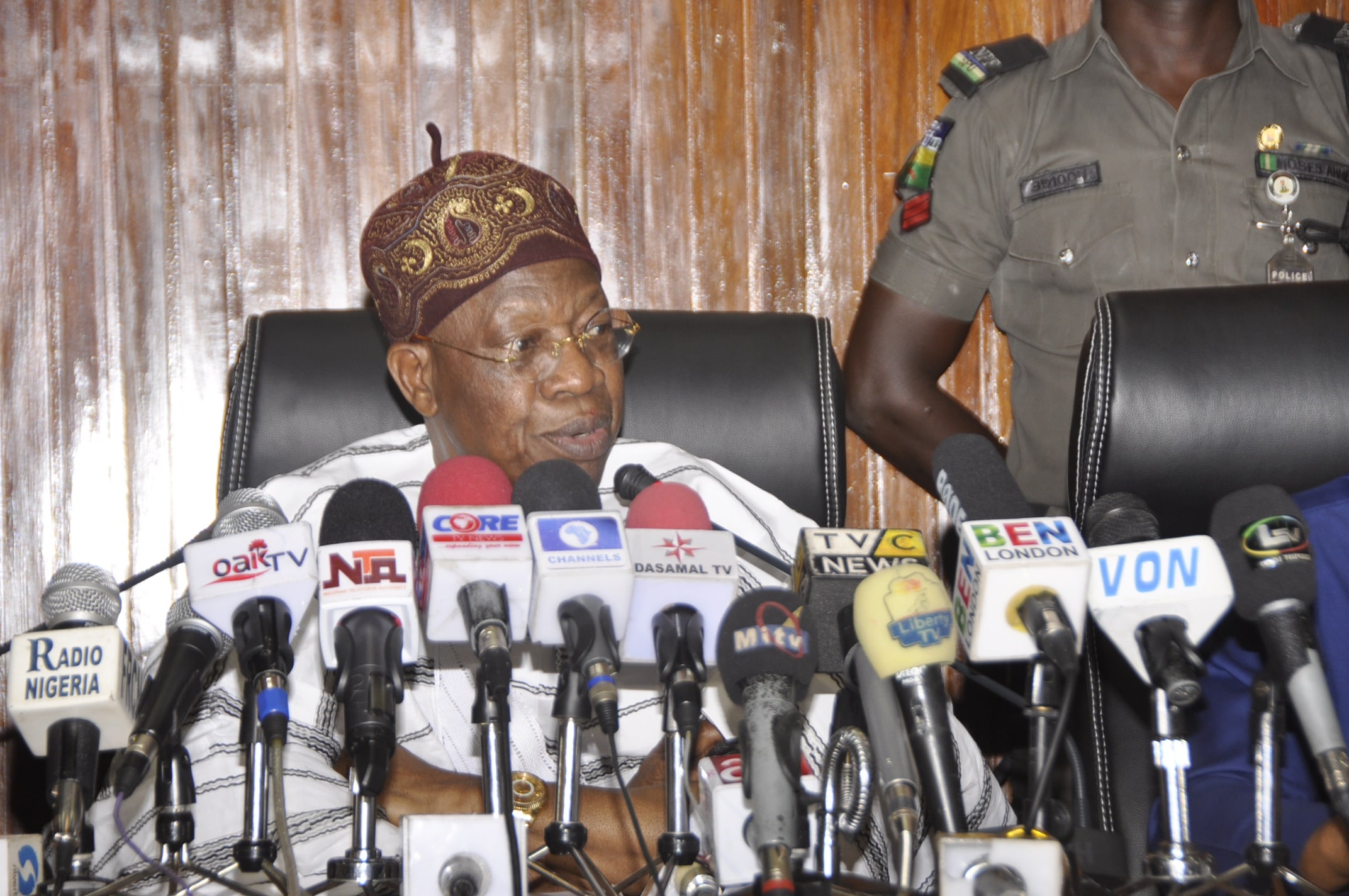 Segun Adeyemi, Abuja: The Federal Government will not do anything to stifle press freedom, because it is keenly aware that a free press is vital to the success of any democracy, the Minister of Information and Culture, Alhaji Lai Mohammed, has said.

In a statement in Abuja on Tuesday, the Minister said the federal government has nothing to do with the recent arrest of Mr. Dapo Olorunyomi, Publisher of the online newspaper Premium Times, and a reporter working for the paper, Ms. Evelyn Okakwu.

He said the whole issue of the journalists’ arrest is purely a private affair involving a citizen and a privately-owned newspaper, and wondered how that could now be construed as an attempt by the government to intimidate the press.

“We have said it before and we want to re-state it: The Federal Government has no immediate or long-term plan to stifle press freedom.

Even the Social Media, with its warts and all, will neither be regulated nor have its operations tampered with,” Alhaji Mohammed assured Nigerians.