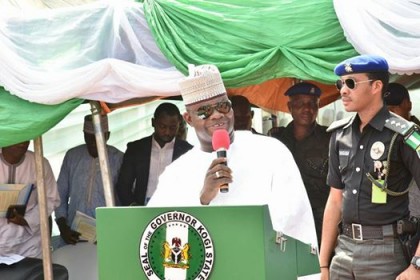 Kogi State Governor, Alhaji Yahaya Bello has affirmed his utmost regard and respect for the State’s civil servants, given their invaluable understanding and patience with his difficult but essential reforms of the Kogi State Civil Service.

In a statement through his Chief Press Secretary, Petra Akinti Onyegbule, the Governor acknowledged the inconvenience caused by the rigorous exercise, regretting some of the hiccups and setbacks suffered along the way.

“Owing to the delicate nature of the staff verification exercise we decided to embark on, it was important that a painstaking approach be adopted in order to minimize the incidence of errors. Unfortunately, as is usually the case with human endeavours, mistakes were inevitable.

“Notwithstanding, we stand by our declaration that no genuine worker or pensioner will be shortchanged. And it is for this reason that an appeals committee has already swung into action on the list of those uncleared, and all whose names may have been omitted, with a six-week long mandate to carefully scrutinize all claims of errors arising thereof.”

Governor Bello assures that the carefully selected appeals committee will be fair, just, objective, and will do a thorough job of addressing the concerns of all claimants. The State Government will also seize the opportunity to address some of the reasons advanced for classifying workers as uncleared.

“The importance of civil servants in a state cannot be overstated, and no one can sincerely belittle the work they do to ensure the smooth running of government. And it is my genuine desire and pledge to Kogites to ensure the State’s workforce always get what is due them in timely fashion under my stewardship.

“These reforms should not be mistaken to mean I have little regard for workers in the State. To the contrary, the exercise was aimed at protecting and safeguarding the interests of bonafide workers whose contribution to the development of the State cannot be denied, and whose remuneration and benefits were increasingly being crowded out by the existence of fake and nonexistent names on Government payroll.”

The State Governor expressed hope that more workers will come to appreciate the long-term benefits of this verification exercise, appealing for a little more patience on their part. And he gave assurances that in no time, workers’ remuneration will be both timely and regular in Kogi State.