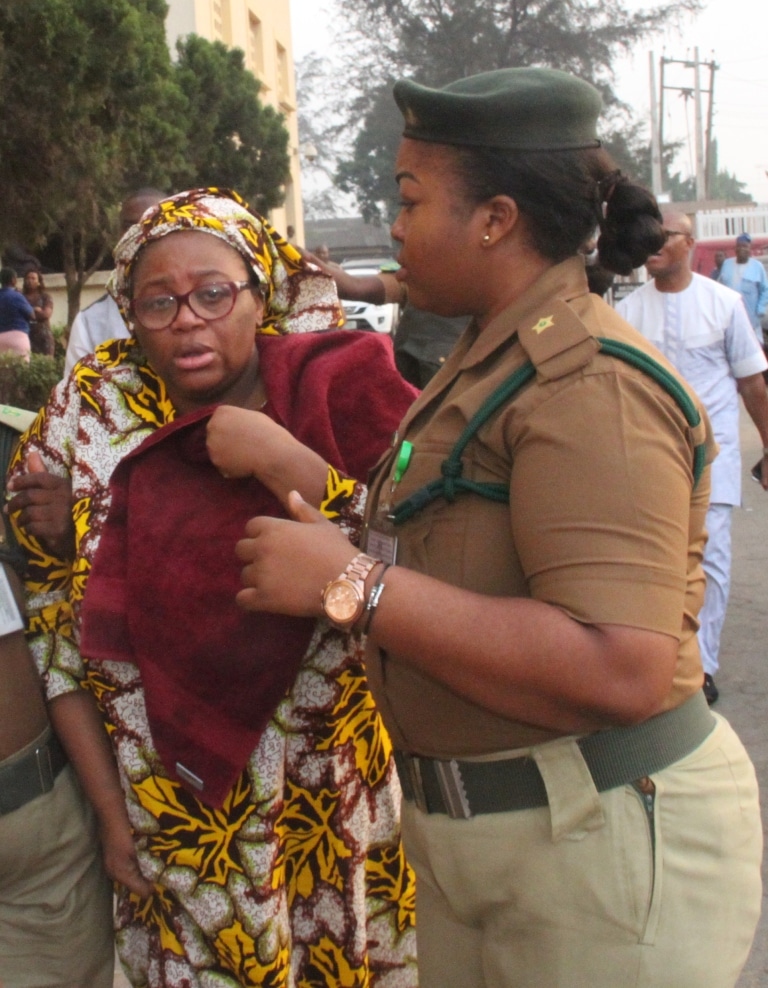 The Economic and Financial Crimes Commission (EFCC) had arraigned the convicts before the court on August 1, 2013 alongside Mr. Babafemi Fakuade, an official of the Petroleum Products Pricing and Regulatory Agency (PPPRA) on charges of forgery, conspiracy and altering of document to commit fuel subsidy fraud. The judge however, found Fakuade not guilty and acquitted him on the charges.

The court had in its ruling of January 13 found the duo of Wagbatsoma and Ugo – Ngadi guilty of all charges and convicted them but could not pass sentence on them due to the dramatic occurrence when one of the convicts (Ugo- Ngadi) collapsed in court and was subsequently hospitalized.

Justice Okunnu in her judgment today sentenced Wagbatsoma and Ugo-Ngadi to a minimum of ten years in prison for the six count charge proffered against them by the EFCC.

“For each of the counts of conspiracy to obtain money by false pretences the defendants are sentenced to ten years in prison.

The Judge noted that the sentence passed was a total of 69 years for each of the convicts but the sentence was to run concurrently.

The conviction and sentencing is the first of the many cases of oil subsidy fraud currently under prosecution in various courts.