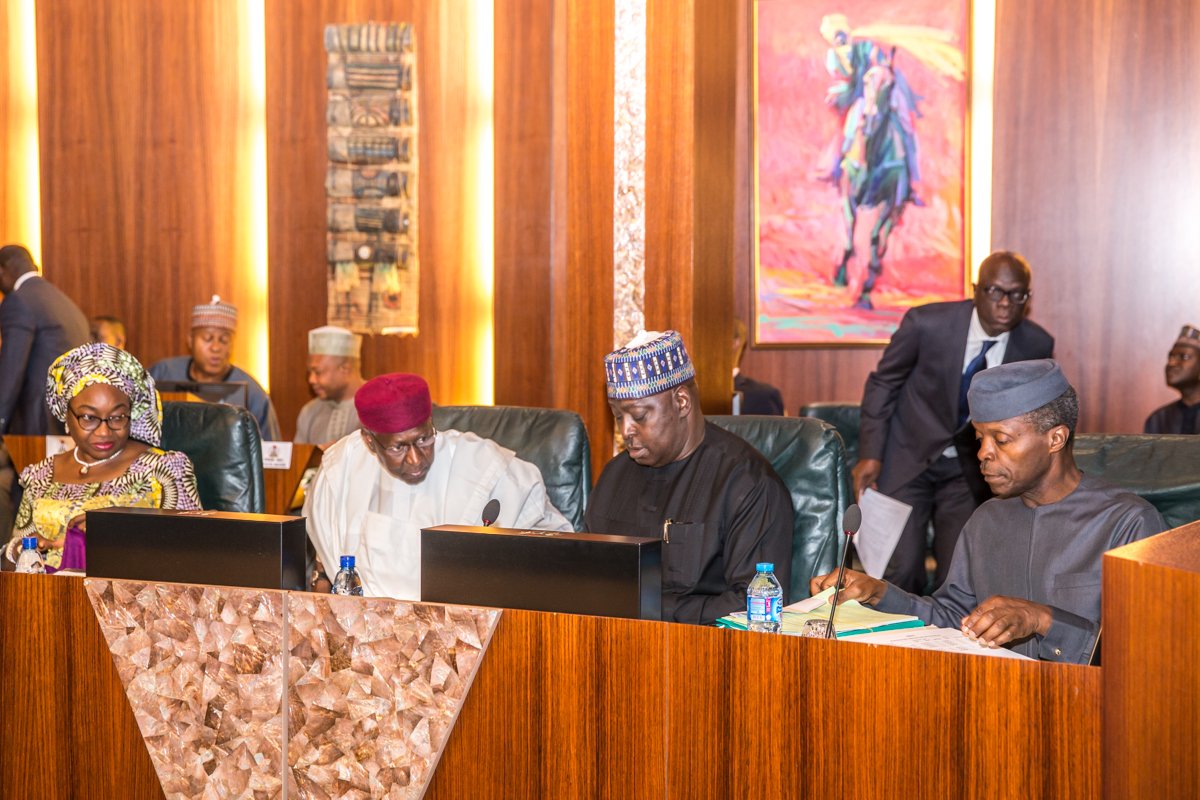 Acting President Yemi Osinbajo has set up a Task Force to beat down food prices across the nation at the Federal Executive Council (FEC) meeting on Wednesday.

Moved by the need to enhance affordability of food prices across country, the Buhari administration has constituted a Presidential Task Force to urgently consider measures that would ensure a steady flow of produce to the market and reverse recent price increases.

Giving the directive today at the FEC meeting, the Acting President expressed concern at some of the inflationary rates of food prices, noting that the Task Force will explore options to promote availability and affordability of food items to Nigerians.

According to him, the Task Force, which has seven days from today to report back to the Council will consider how to remove some of the cost-raising factors that come into play between the farms and the markets and therefore “bring relief to our people.”

While there have been reports of bumper harvests in parts of the country, the prices of food stuff still end up rather high, while some of the produce even end up wasted due to a number of reasons preventing effective transportation delivery to the markets.

One of the focus areas of the Task Force, the Ag. President noted, would be to review the transportation and preservation processes, and see how government can intervene in those aspects to bring down food prices.

The Task Force, which would be meeting with the Ag. President in the discharge of its urgent assignment, will therefore draw out a practical plan and present same to the Council next week.
Below are Members of the Task Force:
Minister of Agriculture & Rural Development, Chief Audu Ogbeh

Minister of Labour & Employment, Dr. Chris Ngige
The Offices of the Chief of Staff to the President and the Senior Special Assistant to the President on Sustainable Development Goals, SDGs, would also be on the Task Force.