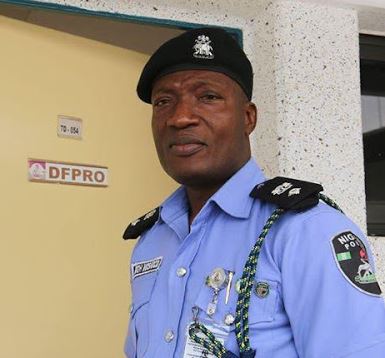 The Nigerian Police Force has refuted claims in a media publication on the 31st January 2017 captioned: “High Court Stops The Inspector General of Police From Probing Rivers State Re-Run Violence”.

The publication was based on the ongoing Civil Suit between the Governor of Rivers State and the Inspector General of Police pending at the Federal High Court Abuja.

It claimed that “the Federal High Court has asked the Inspector General of Police to maintain status quo in the investigation of the violence that rocked Rivers State during the Re-Run Legislative Election on 10th December, 2016” among others.

Force Public Relations Officer, CSP Jimoh Moshood made clarifications in a press release in order to keep the general public informed of what transpired in court on the 30th of January, 2017 when the case came up for hearing.

“The court, however observed that the Nigeria Police Force has the option to either continue with their investigation or not, pending the determination of the suit. The case was then adjourned to the 10th of February 2017.

“In the light of the above, it is very clear that the Federal High Court has not, in any way stopped the Nigeria Police Force from investigating the alleged violence during the said Re-Run Election in Rivers State. In this regard, no order was given by the court stopping the Inspector General of Police from performing his statutory duties under the law.” Moshood said.

According to him the caption posted by Breaking Times is misleading and should be disregarded by the public.

The Force Spokesman assured the public of the Inspector General of Police unalloyed commitment to rid the country of all forms of criminality bearing in mind the obligation of the Force within the ambit of the law.

In a similar vein, He also refuted another online media publication captioned “Strip Police of Power to Prosecute Criminal Cases, Judge Advices Nigerian Government”, he said publication was credited to the Chief Judge of Delta State, Hon. Justice Marshall Unukoto, in a lecture he delivered at the 2017 Aquinas Day Colloquium of Dominican Institute in Ibadan Oyo State on Tuesday 31st January, 2017.

Moshood said that according to the publication, the Judge made the comment on the inefficient handling of criminal cases by the Police prosecutors who are not lawyers.

“It should be noted that the Nigeria Police Force as an organization has the highest number of lawyers in its establishment who are currently undertaking prosecution as provided in the ACJ ACT 2015.

“It is therefore, a legal misconception for anybody to call for the stripping off of the Police power to prosecute.” He said.