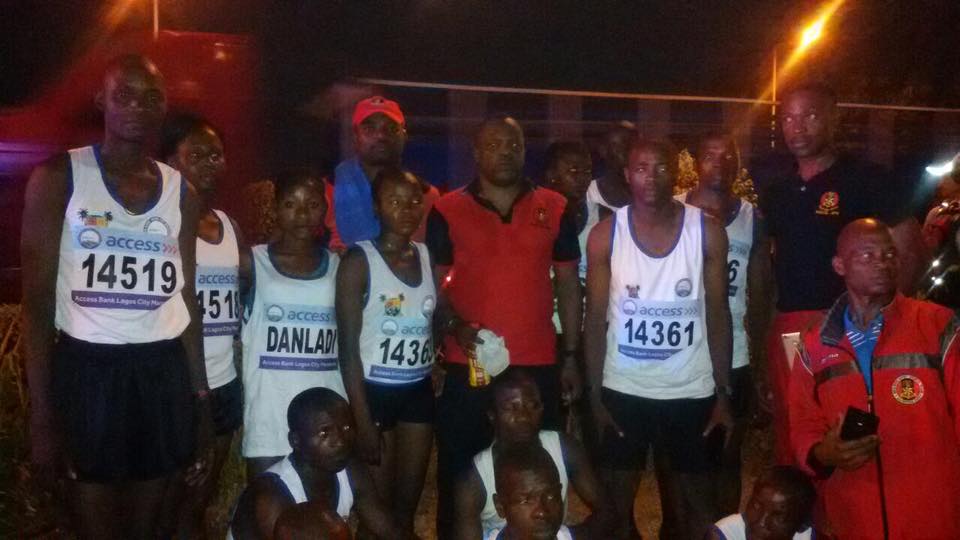 In view of their wonderful feat at the event that fielded world class marathoners, and to encourage them, the Chief of Army Staff, Lieutenant General Tukur Yusufu Buratai, has directed their elevation to the next higher rank respectively and donation cash gift of One Hundred and Fifty Thousand Naira (150,000.00k) to each of the athletes.

The beneficiaries that include both male and female athletes, who came from various formations and units of the Nigerian Army, beat previous records placed last year by the Nigerian Army team at the sporting event.

Others were Private Gyang Dalyop, who 15th position overall, and within 2hrs 58mins, Lance Corporal Gyang Yakubu 17th position within 2hrs 59mins and Private Muplang Luwadet was 18th person to arrive at marathon within 3hrs 03mins.

It will be recalled that the Nigerian Army Marathon Team during the 1st Edition of the Access Bank Lagos City Marathon held in 2016, fielded 13 athletes (9 males and 4 females). The team then, had 3 male runners occupying the 17th, 18th and 20th position overall during the event, while one female athlete took the 19th position.

This year’s contingent’s impressive performance did not come as a surprise because as part of the Chief of Army Staff’s resolve to rejuvenate sports in the Nigerian Army, as well as contributing to the nation’s sports development, a long distance and high altitude training camp was established at Jos, Plateau State, in addition to the facilities available at the Nigerian Army Physical training school in Zaria, Kaduna State, to further enhance the training and performance of the Nigerian Army Marathoners.

It is therefore heartwarming to state that the effort of the Chief of Army Staff of establishing the training camp at Jos has paid off during the 2nd Edition of the Access Bank Lagos City Marathon that was held on Saturday, 11th February 2017 as attested by their great performance.

This year, Nigerian Army presented 13 runners (9 males and 4 females), to participate in the 2017 Marathon. In the male category, 7 out of the 9 male runners occupied between the 10th, and 18th positions. Their 4 female counterparts also came within the 8th to 11th position overall.

It is the desire of the Chief of Army Staff to further revive sports in the Nigerian Army to serve as source of sportsmen and women that could compete nationally and also represent the nation in international sporting events.