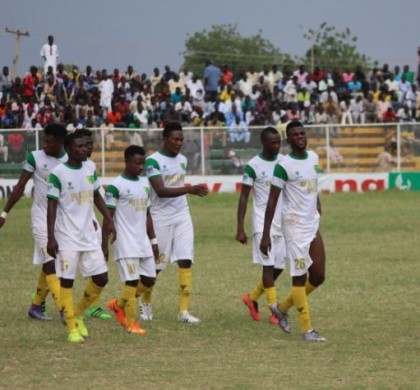 Rivers United Football Club of Port Harcourt on Saturday held Real Bamako of Mali to a goalless draw in Bamako in their 2017 CAF Champions League pairing.

The Nigeria’s other representatives, Rangers International, also held their Algerian opponents to a 1-1 draw in Algiers.

The first round of the first leg game played at the Modibo Keita stadium saw the Rivers United side holding on to the end of a very exciting first half.

On resumption of play in the second half, Lukman Mohammed nearly broke the deadlock.

From then on, it was Rivers United all the way with another attempt at goal in the 49th minute as the visitors dictated the pace of the game.

However, rampaging Abdramane Traore of Real Bamako made a dangerous incursion but was stopped by goalkeeper Femi Thomas.

Not even the introduction of Idrissa Traore in place of Mohammed Sangary could achieve the desperate result being sought by the hosts as Rivers United’s defence was resolute.

The hosts had another chance at goal in the 73rd minute after Salim Bah sent in a dangerous cross but it was perfectly saved by Thomas.

The introduction of Ayobami Asekunowo as substitute by Rivers United in 77th minute proved to be a perfect replacement for Allissou Sanou.

He continued from where Sanou stopped, mounting pressure on the hosts who were subsequently forced to introduce Nigerian-born Folarin Temitope in the 79th minute.

With few minutes to the end of the match, the home fans who were visibly disappointed started filing out of the Modibo Keita stadium.

There were four crucial minutes of added time which appeared to be pulsating, but a determined Rivers United side refused to crumble till the last blast of the referee’s whistle.

The result puts the Garden City side in a better position ahead of the return leg in a week’s time.(NAN)