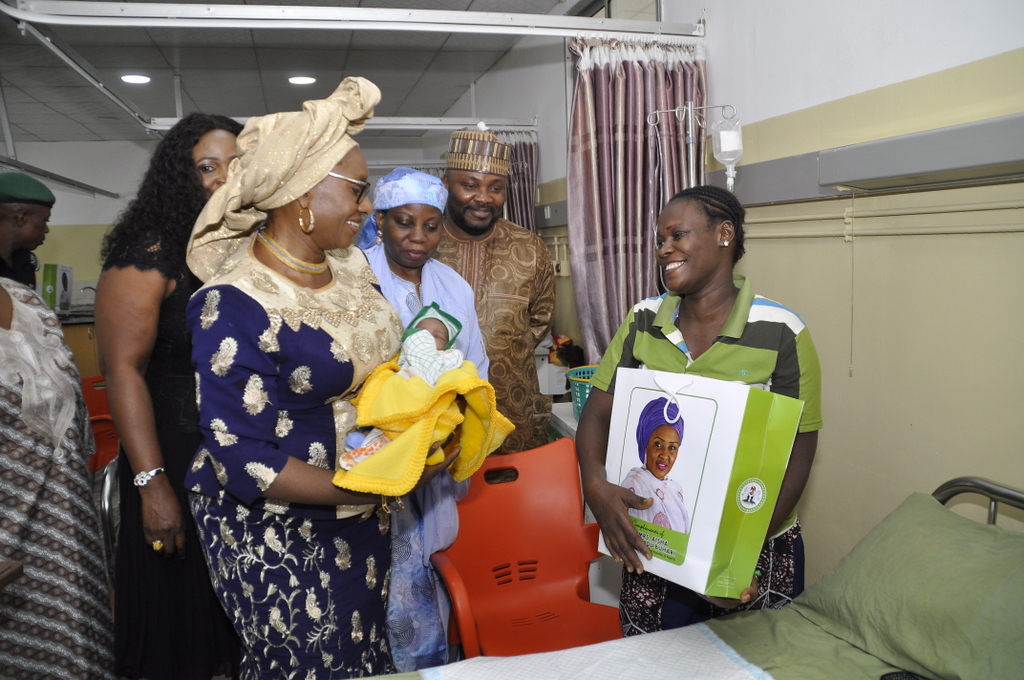 Wife of the President, Her Excellency Mrs. Aisha Buhari has charged privileged Nigerians to do more in the lives of the less privileged with a view to increasing the feeling of humanity among citizens.

According to Suleiman Haruna, Director of Information, Office of the Wife of the President, in a press release said she made the call during the distribution of gift packs to patients at the four district hospitals in Abuja; Asokoro, Garki, Wuse and Maitama in commemoration of her birthday, On Friday 17th February, 2017.

Mrs. Buhari, who was speaking through Senior Special Assistant to the President, Dr. Hajo Sani, further said that imbibing the spirit of giving will spread love and amity in the polity. 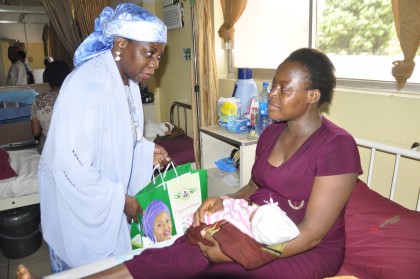 She said these gifts exemplify the work that Her Excellency’s project, Future Assured is doing all over Nigeria, especially to the less privileged.

“Her Excellency wants to remember the less-privileged on this important day and that is why she is sharing with them. She wants to touch their lives and wants them to feel her on this symbolic day” said Dr. Hajo Sani.

The Medical Director, District Hospital, Asokoro Dr. Abubakar Ahmadu, who led the team round maternity, neonatal and paediatric wards in the Hospital, commended wife of the President for her humanitarian services that hold wide acclaim and said the gift packs are symbolic of what privileged Nigerians should do to the underprivileged.

The Wife of the President had already in 2016 venture into various humanitarian projects in the country. 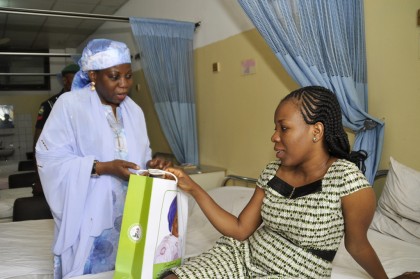 In July 21 2016, She launched a quick interventionist programme “Get Involved” to prevent annual death of thousands of malnourished children across the country.

Mrs Aisha Buhari, also launched her first book, a 406 pages and seven chapter book titled “Essentials of Beauty Therapy’’, that deals with enhancing the health and wellbeing of human body.

She dedicated the proceeds from the sales of the books to empower the mothers of the Chibok girls and Buni Yadi boys murdered in their sleep in 2014, as well as to support the malnourished children in the different Internally Displaced Persons camps and other children in such situation in Nigeria.