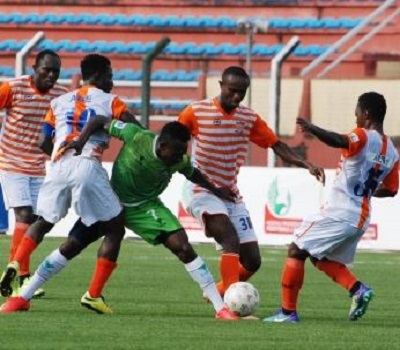 Nasarawa United tried all they could in their Matchday 9 Nigeria Professional Football League (NPFL) game against Sunshine Stars in Lafia on Sunday, but Emmanuel Makama’s missed 86th minute penalty ensured the visitors held their ground and, in the end, forced a sharing of the points via a 1-1 draw.

The game began with the visitors dictating the pace of the game to the chagrin of the home fans, but slowly and, gradually, the hosts came back into the game, making a number of incursions into their foes’ half, only to be stopped time and time again by the visitors’ defence, marshalled by Oke Ogagotewho.

In the 15th minute, though, a loose ball fell to Thomas Zenke on the edge of Sunshine’s box, but the former Enyimba man blew it sky-high.

Five minutes later, Zenke combined with Olayinka Onaolapo in a one-two, only to lose the ball to Oke and Kelechi Ogoh.

In the 29th minute, a great opportunity fell to the visitors to get in front of their profligate hosts, but Samad Kadiri, their man saddled with the responsibility could not deal with it.

Two minutes later, Zenke, Buhari Jafar and Adamu Hassan were at it again, but when they laid the ball to Lordson Ichull, his header was too tame to trouble Sunshine Stars goalkeeper Henry Ayodele.

The first half ended, with both sides drawing blanks, but, in the 46th minute, the Sunshine Stars defence went to sleep; Onaolapo rose highest to meet Zenke’s cross and headed beyond Henry Ayodele, to put the home side ahead.

The goal was sparked a frenzy spell from both sides, as they peppered each other with incursions and engaged in continuous midfield battles, but it was the visitors who made the best of things, when, in the 58th minute, Sikiru Alimi was brought down on his way to goal and substitute Sunday Oluwadare walked up to tuck the free kick beyond Ayeleso and draw his side even.

Things continued to heat up as both sides continued to search for the winning goal, but in the 69th minute, Oluwadare found himself on the cusp of netting a second, but the opportunity was stolen from him when he was muscled off the ball.

In the 82nd minute, Ambrose Onyema was adjudged to have handled the ball in the 18-yard box.

Nasarawa United skipper Makama Emmanuel walked up, took the kick, but misjudged Sunshine Stars substitute goalkeeper Olorunleke Ojo, who comfortably parried it out, to the consternation of the home fans, who began to leave the stadium red-faced. Ojo had only replaced Ayodele who left the pitch injured.

The draw increases Sunshine Stars’ points to nine while Nasarawa United just sit outside of the top half of the table with 10 points. 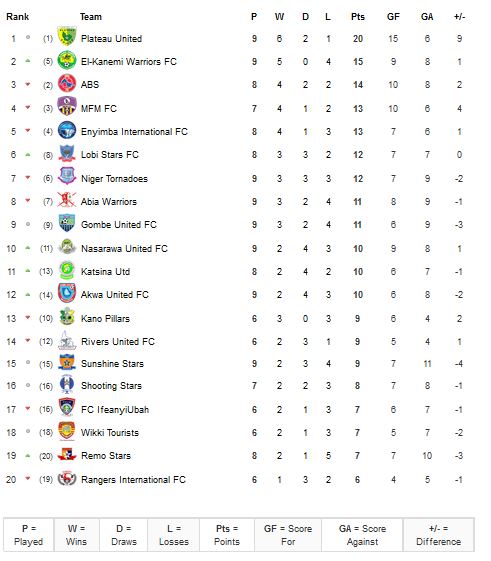