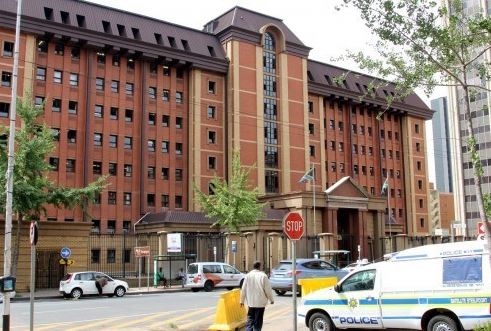 A court in Pretoria on Wednesday has ruled that the International Criminal Court, ICC withdrawal decision by the South African government  was unconstitutional.

South Africa confirmed this in October 2016 that it was leaving the ICC on the grounds of membership conflicted with diplomatic immunity laws.

The country had earlier in 2015 announced its intention to leave after the ICC criticised it for disregarding an ICC order to arrest Sudanese President Omar Hassan al-Bashir, who is accused of genocide and war crimes, when he visited South Africa. Bashir has denied the accusations.

The main opposition Democratic Alliance took the government to court, arguing that Masutha acted unlawfully by announcing the withdrawal without seeking parliamentary approval.

The move was “unconstitutional, irrational and procedurally flawed,” the DA said.

The North Gauteng High Court said the power to conduct international treaties belonged to the executive, but that such agreements must go before parliament.

“It’s expected that the executive go back to parliament. We have rights, we have obligations, and we have parliament,” Judge Phineas Mojapelo said during the court session, which was broadcast live by the television station eNCA.

Mojapelo added that government decisions must be based on “the expressed authority of the constitution.”

Burundi and Gambia have also announced plans in the past to pull out of the ICC.

frican Leaders under the aegis of the African Union (AU) have backed a strategic plan to withdraw from the International Criminal Court (ICC).

Their decision is based on their conclusion that the court seems to target only African countries.

According to Reuters (quoting an anonymous AU official), their support for the withdrawal however came with an unspecified reservation.

Details of the reservation were not given but the summit of heads of states highlighted that the ICC unfairly targets African nations.

According to a document, the AU summit had proposed a co-ordinated withdrawal unless the ICC was reformed.

It also called for Part of the reforms it expected to see in the ICC was “regionalization” of international law, a reference to proposals for an African war crimes court.

NEWER POSTUN and 3 Other Countries Hold Donor Conference For Insurgent-Humanitarian Crisis In Norway
OLDER POSTOrdeal of A Libya Returnee: I had To Drink Urine