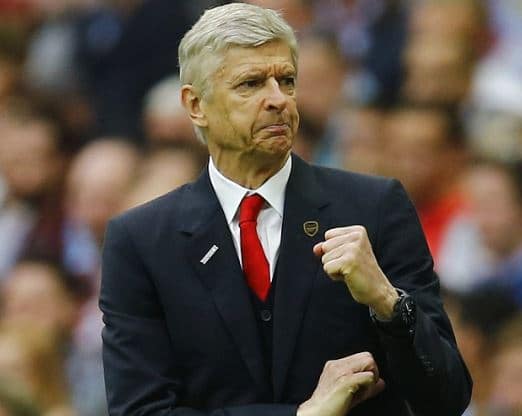 Arsenal Manager, Arsene Wenger is said to have moved from being Invincible to Intolerable, according to goal. Then the big question, why do so many Arsenal fans want Wenger out?

The Frenchman is rapidly losing his grip on the club he has served so assiduously, with supporters growing tired of continued disappointment

As Arsenal trudged off of Sutton United’s plastic pitch there was a distinct feeling of their 2-0 victory proving to be a pyrrhic one.

The Gunners made hard work of it against the non-league minnows and were given a mighty scare, the pace of Rory Deacon up front almost proving their undoing.

At full time, as the players looked to avoid the most ironic of pitch invasions from Arsenal fans, a banner was unfurled, reading: “Every good story has an ending. Au revoir Arsene.”

Ignoring the obvious irony of unfurling such a banner at a non-league stadium – against a team 17th in the National League – the move was a premeditated one on behalf of the increasingly noisy Arsenal Fan TV crew.

A YouTube phenomenon, it regularly becomes must-watch when Arsenal fail to win, as supporters rant in front of a camera. Expletives aren’t necessary but are welcomed.

A baseball-cap sporting fan named DT promised after the 5-1 defeat to Bayern Munich that he would “bring the banners” and he made good on his vow, with Wenger’s grip on the club he has managed for over 20 years slowly slipping away.

The fanbase has turned toxic, looking for scapegoats at every turn and desperately pleading with Wenger to walk away.

Claude, arguably the breakout star of the Arsenal Fan TV movement, is an earnest supporter, and clearly cares about the club, but he revealed after a 3-1 defeat to Chelsea that he did not feel he could continue to support them so passionately if Wenger chose to continue.

“There’s no heart in the team any more, it’s time for a change now… If he signs a two-year contract my heart’s gone. I can’t do it any more. I can’t stomach it. I love what he’s done for the club but he’s gone now,” he said.

The pain in his voice was apparent for all who watched.