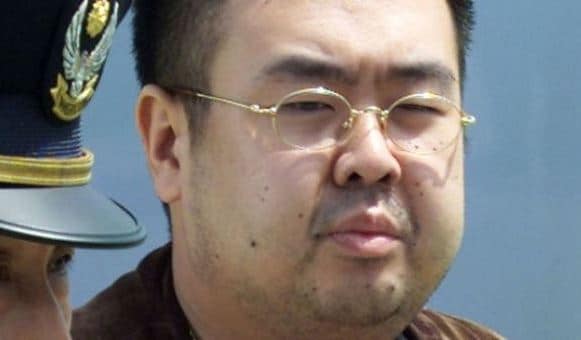 Malaysian police said assassins of Kim Jong Nam, the half brother of North Korean leader, Kim Jong Un used a VX nerve agent, a chemical on a U.N. list of weapons of mass destruction,to kill him.

The  bizarre murder took place in a busy Kuala Lumpur airport on Feb. 13 after  Kim Jong Nam was  assaulted by two women who wiped the chemical on his face as he prepared to board a flight to Macau.

South Korean and U.S. officials have said they believe North Korean agents assassinated Kim Jong Nam, who had been living in the Chinese territory of Macau under Beijing’s protection.

Malaysian police were investigating whether the illegal VX – believed to be the most toxic known nerve agent – was brought into the country or made there. Authorities intended to decontaminate the airport, along with other locations that suspects, three of whom were caught last week, had visited.

“We will get the experts from the atomic energy department to go to the location and sweep it to see if radioactive (material) is still there,” police chief Khalid Abu Bakar told reporters, declining to elaborate.

It was unclear whether VX contains any radioactive elements.

Police are holding the two women – one Vietnamese and the other Indonesian – along with a North Korean man. They are also seeking seven other North Koreans wanted in connection with the case, including a diplomat at the embassy in Kuala Lumpur.

Malaysia’s chemical weapons analysis unit found VX, or S-2 Diisopropylaminoethyl methylphosphonothioate, present on swabs taken from the eye and face of the North Korean murder victim, according to police.

“Other exhibits are under analysis,” Khalid said in a statement that citing a preliminary report.

Khalid said the two women who were paid to carry out the assault had washed their hands before fleeing from the airport.

But he said one of them had suffered from the effects of the chemical and had been vomiting.

Airport camera footage released on Monday by Japanese broadcaster Fuji TV shows the moment they assaulted Kim Jong Nam. In later clips he is seen asking airport officials for medical help, and rubbing his eyes and stumbling as he entered an airport clinic. Authorities said he complained of dizziness and died on the way to hospital.

VX is tasteless and odorless, and is outlawed under the Chemical Weapons Convention, except for “research, medical or pharmaceutical purposes”. It can be manufactured as a liquid, cream or aerosol.

“This is not something you make in a kitchen lab. This is something that is made in a very sophisticated chemicals weapons lab,” said Bruce Bennet, a senior defense researcher at the California-based RAND Corporation.

North Korea is believed to have the world’s third-largest stockpile of chemical weapons, according to the Nuclear Threat Initiative project, which analyses weapons of mass destruction.

South Korean analysts have identified sarin and VX as the focus of the North Korean chemical weapons program.