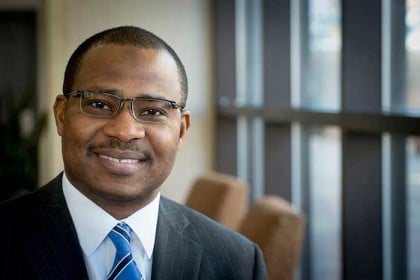 The FCT Minister, Malam Muhammad Musa Bello has charged the National Primary Health Care Development Agency (NPHCDA) to use the Federal Capital Territory as a model to showcase the standard expected of an ideal Primary Health Center that would be replicated across the country.

The Minister gave this charge when he received the management team of the National Primary Health Care Development Agency led by the Executive Director/CEO Dr. Faisal Shuaib that paid him a visit in his office at Area 11, Garki I District, Abuja.

His words: “This comprehensive presentation for me is an eye opener because now I know from what I have seen here that we need to work harder in order to take our primary healthcare activities in the Territory to the acceptable standard”.

Malam Bello recalled the exemplary performance of the public health workers nationwide during the unfortunate period of Ebola disease; and paid tribute to the health workers that paid the supreme price in their efforts in saving the humanity.

He also lauded the efforts of the public health officials in the eradication of Poliomyelitis in the country.

Malam Bello assured that FCT Administration will work very closely with the organization to ensure that all the risks that are associated with public health in the FCT, are tackled thereby minimizing the risk.

Speaking earlier, the Executive Director/CEO, National Primary Healthcare Development Agency, Dr. Faisal Shuaib, commended the Minister for the giant steps taken so far, which he said have demonstrated the commitment of the FCT Administration in developing the health sub-sector.

He said the approval given by the Minister for dedicated budget line for the health sector and the building of 12 model PHC Centres in various communities in the Territory are highly commendable; adding that the re-activation of the Taskforce on polio eradication and timely release of counterpart fund for immunization have gone a long way in strengthening the efforts to eradicate polio from the FCT.

Dr. Shuaib said that the agency is already working round the clock to address the unconfirmed reports of the outbreak of meningitis in the Federal Capital Territory.