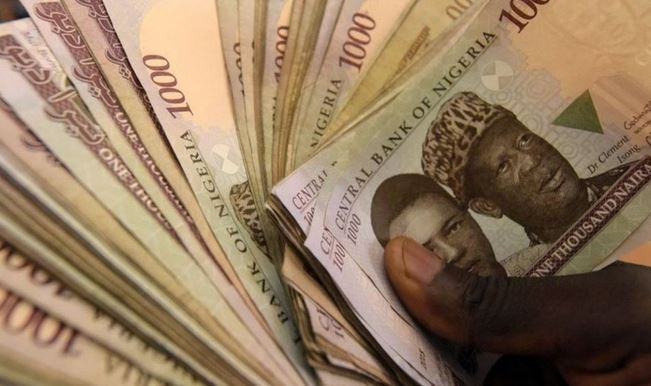 Prof. Uche Uwaleke, a financial expert, has predicted a further decrease in the rate of inflation and appreciation of the Naira for March 2017 as it was the case in February.

Uwaleke , the Head of Banking and Finance, Nasarawa State University, Lafia, made the prediction in an interview with the News Agency of Nigeria (NAN ) on Tuesday in Abuja.

He hinged the decline on the continued appreciation of the Naira due to the interventions of the Central Bank of Nigeria (CBN).

He said Nigeria’s currency would continue to appreciate if the interventions were sustained and urged the apex bank to ensure proper monitoring of the situation.

“The headline inflation figure for March is likely to witness further drop year- on -year as we saw in the month of February.

“The pass through effect of the naira ​appreciation will gradually manifest as time goes on especially if the interventions are sustained.

” The CBN should continue to monitor the situation, to ensure that the current effort of the apex bank at converging exchange rates was not undermined

“Some banks are alleged to be making it difficult for importers with confirmed Letters of Credit to access Forex.

NAN reports that Nigeria’s consumer prices increased by 17.78 per cent year-on-year in February  2017, following 18.72 per cent gain in the previous year.

The inflation rate slowed for the first time in 15 months.

Earlier, while explaining the ease in pressure on the market, the CBN said that in the first instance, it placed $500 million but only N$370 million was taken.

On the second instance, it placed $230 million for the second time and that $221 million was taken.