Everything You Need to Know About Saleh Abubakar, New Head Of Service Yobe State 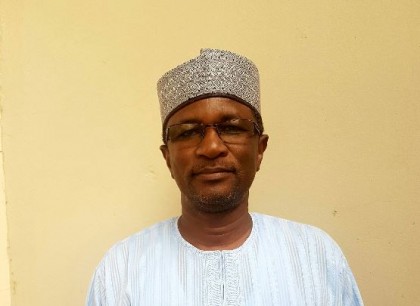 Born in Gashu’a Town, Bade Local Government on 27th November 1958. Attended Central Primary School, Gashu’a 1965-1972; General Murtala
Mohammed College (GMMC) 1972-1976; SBS Zaria 1977-78; ABU Zaria
1979-1982where he bagged B.Sc. Degree in Political Science.
Started career with old Borno State Civil Service in 1983; joined the services of Ministry of External Affairs (now foreign affairs) in 1984; then re-joined the services of old Borno State in 1989 as Admin Officer.
Moved to Yobe State after creation in 1991 as Director Political Affairs in the
Governor’s Office.
In 1995, he became Director Administration, also in the Governor’s Office. In 1999, he was appointed Deputy Permanent Secretary, Admin, a position he held till 2004 when he was posted to Ministry of Land and Survey as Deputy Permanent Secretary.
The new Head of Service returned to the Governor’s office in 2006 as Deputy Permanent Secretary Administration till 2007 when he was appointed Permanent Secretary/Chief of Staff to the Governor.
Alhaji Saleh Abubakar served as Chief of Staff to the Governor for a decade until his new appointment as Yobe State Head of Service by His Excellency
Governor Ibrahim Gaidam.