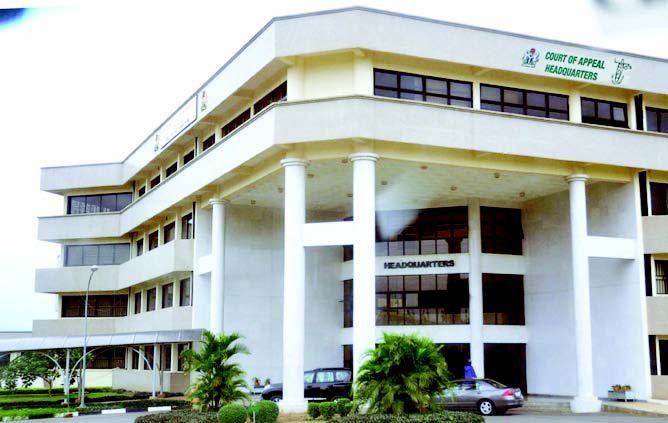 Garba Shehu, Abuja: In efforts to save the war against corruption following a streak of losses in the courts, the Federal Government yesterday filed an appeal against the decision of Justice Jude Okeke to uphold the no case submission in the corruption case against Justice Adeniyi Ademola, Mrs. Olabowale Ademola and Mr. Joe Agi, SAN.

The Government through the Ministry of Justice has also filed a fresh case in the Code of Conduct Tribunal against Justice Ademola and wife for living above their means and failure to declare their assets.​

On 5 April 2017, Honourable Justice Jude Okeke of the High Court of the Federal Capital Territory upheld a no case submission by the Defence in the corruption case against Justice Adeniyi Ademola, Mrs. Olabowale Ademola and Mr. Joe Agi, SAN.

The learned trial judge struck out the 18-count charge proffered against the Defendants after holding that the Prosecution failed to prove any of the allegations despite the provisions of sections 53 and 60 of the Independent Corrupt Practices and Other Related Offences Act (ICPC Act).

Sources in the Presidency informed State House Correspondents that the Government had NN advised to appeal what is described as “a very strange outcome indeed considering the underlying facts.

It is even more strange that the trial was not allowed to continue considering the applicable statutory provisions. Section 53(1) of the ICPC Act raises a presumption that any gratification accepted or obtained by an accused person must have been corruptly accepted or obtained until the contrary is proved. Section 60 of the Act does not apply to the case.

“Of interest is the decision of the learned trial judge that the offence of giving and receiving gratification was not made out by the Prosecution against the Defendants in the face of the evidence held in court.

Prosecution witnesses gave testimony of the payment of N30 Million (Thirty Million Naira Only) in three tranches by Mr. Joe Agi, SAN into the account of Mrs. Olabowale Ademola, the wife of Justice Ademola. Mr. Agi, SAN, was a legal practitioner who actually had cases in the court of Justice Ademola.

“The Defendants however claim that the money was a gift from common friends for the benefit of Justice Ademola and Mrs. Ademola to support the wedding of their daughter.

The evidence of the defence suggesting that the source of the money was not Mr. Joe Agi, SAN, was unclear at best and ought not to have formed the basis of the learned trial Judge’s conclusion at this stage of the proceedings.

What was clear was that the last tranche was paid shortly before Justice Ademola granted a garnishee order in favour of Mr. Joe Agi, SAN’s client to the tune of about US$637 Million (Six hundred and thirty seven Million Dollars only).

Prior to this, it was also not disputed that Justice Admola’s son had received a BMW vehicle worth about N8,500,000.00 (Eight Million Five Hundred Thousand Naira Only) from Mr. Joe Agi, SAN.

The Presidency sources continued: “One of the charges dismissed relates to the possession of firearms by Justice Ademola without a valid licence.

On this, Honourable Justice Okeke held that the Firearms Act made provision for a time lag, that is, for Justice Ademola to continue to hold on to his firearms and ammunition even after the expiration of his licence.

In this case, a new licence was tendered in a situation where Justice Ademola ought to have tendered a renewal of his old licence. Being in possession of two licences in respect of the same firearm ought to have raised some questions for the Defendants to resolve.”

According to sources within the Prosecution, “the ruling suggests that the learned trial judge proceeded to ascribe probative value to the evidence of Prosecution witnesses at the stage of a no case submission when he ought only to have considered whether a prima facie case had been made out by the Prosecution against the Defendants.

The learned trial Judge had held that there was no link between the gratification received by Justice Ademola and the judgment he delivered in favour of Mr. Joe Agi, SAN. The ruling however failed to address the relevance of section 53 of the ICPC Act which raised a presumption of corruption in respect of the gratification in question. This and other troubling questions must be addressed in an appeal against the ruling.”

Contacted for official comments of the Presidency over this issue, the Senior Special Assistant to the President on Media and Publicity Garba Shehu denied th existence of a rift between the Executive and Judicial arms of the government over this issue and other recent judicial decisions posing a challenge to th war against corruption.

“The relationship between the two arms of government have been very cordial. Nothing has happened to change the nature of the relationship.”