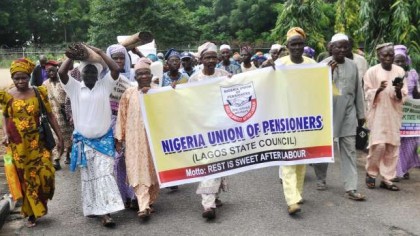 Some Federal Government retirees say the release of 54 billion by government to clear pension arrears will significantly reduce corruption in the service.

Some retirees, who spoke to the News Agency of Nigeria (NAN) on Thursday in separate interviews in Abuja, said the release of N54 billion to pay pension arrears was a welcome development.

The retirees said that they still commended the government although the money was released late after many of the pensioners had died waiting for their retirement benefits. Read Also; FG Clears Pension Benefits Arrears President Buhari’s Government Inherited

Mr Cosmos Okolorie, one of the retirees, said the money would assist many retirees who retired years ago without receiving their benefits.

Okolorie said that the failure of Federal Government to pay pension benefits when due could lure serving civil servants to corruption as they would want to save for the rainy day.

He said that if government truly wanted to fight corruption, it should ensure that civil servants were paid their pension entitlements immediately they retired from the service.Read Also; We Won’t Accept Excuses For Non-Payment Of Pensions ~ Dogara

Mr Norbert Onwuegbuzie, another retiree, said the release of N54 billion to pay pension arrears was good news to the retirees.

He advised that government should pay pensioners their entitlements as soon as they retired, adding that pensioners should not wait to get their benefits.

“When I retired from the civil service in 2013, government paid me all my entitlements after three months, but the case is different now and I do not know why this is so,’’he said.

Onwuegbuzie said that government should not be commended for this act now because it did what it was supposed to have done since.

He advised that retirees should not wait for long before they got their entitlements.

Mr Vincent Okwor, another retiree, thanked the Federal Government for the gesture, stressing that “the monthly salary is not enough talk less when he retired without his pension.”

Okwor advised government to honour a civil servant who spent 35 years of his youthful age serving the nation by paying his entitlements promptly.

He said government would discourage corruption in the civil service if it paid retirees their pension immediately they retired from the service.

Okwor said that prompt payment of pension entitlements would make people working to have hope that their pension would be paid as soon as they left the service.

He said many retirees had plans to engage in one activity or the other after their retirement,but government always frustrated their plans by not paying them their entitlements on time.

Okwor said that many pensioners had died due to frustration as they could not pay their house rents and their wards’ school fees, among others.

NAN reports that the Minister of Finance, Mrs. Kemi Adeosun, on Wednesday said Federal Government had released N54 billion to clear inherited arrears of accrued pension benefit for the year 2014, 2015 and 2016.