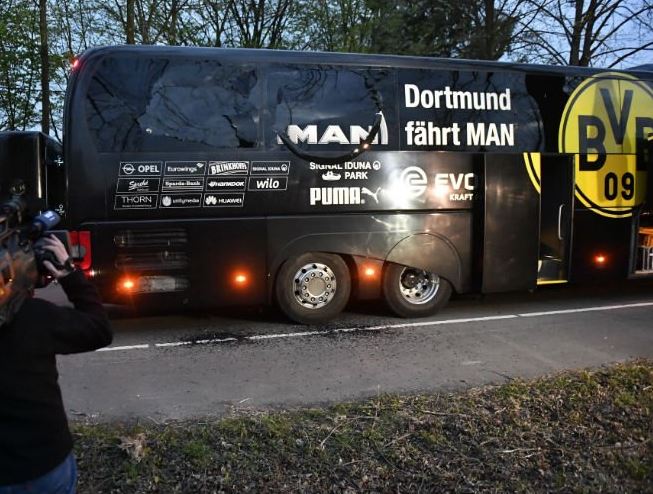 Player Marc Bartra was injured in three explosion which hit a bus carrying Dortmund team to play Monaco in a home game, a UEFA Champions League Quarter final and has been taken to hospital but is not seriously hurt, reports say.

Observed from the team tweeter handle (in German) they posted that the other players were safe and there was no danger in or around the stadium.

“In the explosion, Marc Bartra was injured and is currently in hospital,” the Bundesliga side tweeted.

It was also confirmed from the teams twitter handle that the game has been postponed until Wednesday. The AFP news agency reported that the bus’s windows were broken in the blasts.

In the German Bundesliga, Borussia Dortmund are currently placed fourth in the table.