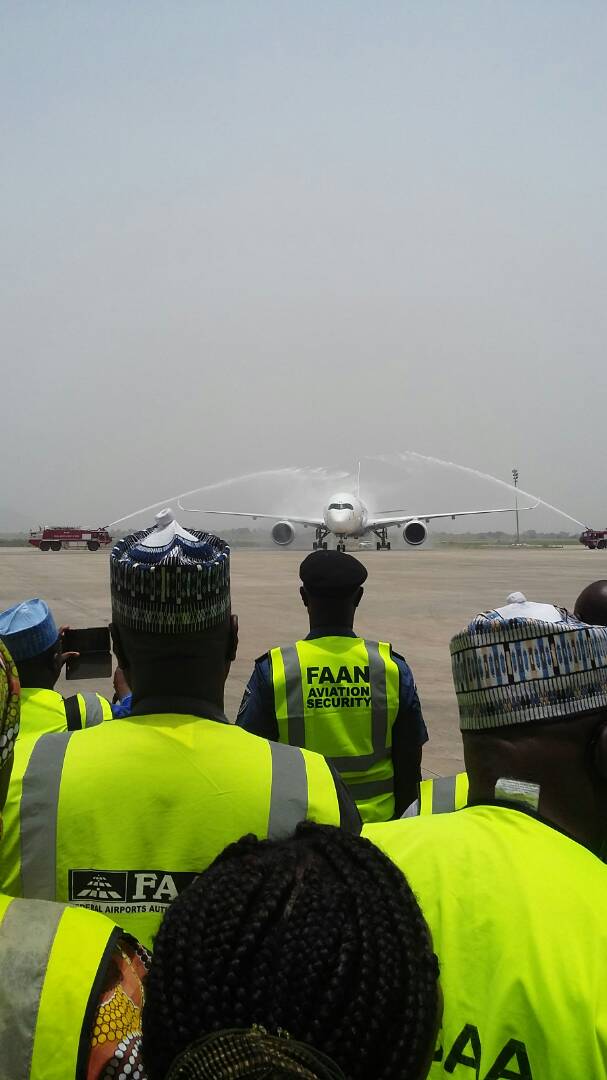 The airport had on March 8 shut for six weeks to give way for the rehabilitation of the runway. Kaduna airport served as alternative during the period of the closure.

Mr Olayinka Abioye, the General Secretary of the union, gave the commendation in an interview with the News Agency of Nigeria (NAN) in Lagos on Tuesday.

“Let me commend the Federal Government, particularly President Muhammed Buhari, for approving funds for the complete rehabilitation of the Abuja Airport’s runway.

“We must also commend the Minister of State, Aviation, Sen. Hadi Sirika, for spearheading the project.

“Initially, there were criticisms but in spite of it, the minister still went ahead because he believed in what he wanted to do,’’ he said.

According to him, as a union, our criticism is not against his person. We criticised him because we needed to get the best out of him as the minister.

“Today, as the airport is being declared open which is a day ahead of the promised date of April 19, we will be seen as partners in progress toward achieving the rehabilitation of Abuja Airport’s runway,’’ he said.

Abioye expressed optimism that the runway would last the next 10 years before any major rehabilitation would be carried out on it as projected by the contractor that handled the project.

The labour leader also urged government to start the construction of a second runway for the Abuja Airport.

“We are hoping that between now and in the next two to three years, we should have a second runway in Abuja Airport.

“Further to that, the airport should have its own domestic wing.’’ He said.

Abioye said that Nigerians were demanding for a holistic approach where the country would have a full-fledged and functional domestic terminal rather than directing local aircraft to the international terminal of the airport to land and take-off.

“Domestic or local aircraft should land and take-off at the domestic terminal while international flights should operate from the international wing of the airport.

“This will give the operators room to bring in more local and international aircraft to the Abuja Airport,’’ he said.

NEWER POSTHerdsmen To Undergo Registration Process in Kwara
OLDER POSTDollar Loses To The Naira, Closed at 398 Naira to Dollar