CAN President Urges FG To Ensure Reflection Of Federal Character In Gov’t. Appointments 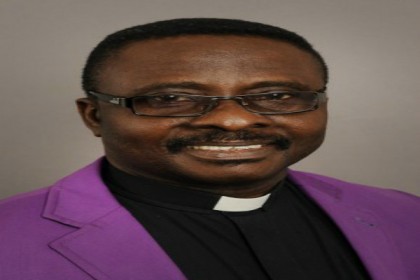 CAN President On Reflection Of Federal Character On Appointments

Rev. Samson Ayokunle, President, Christian Association of Nigeria (CAN), has urged the Federal Government to ensure reflection of federal character in government’s appointments for fairness and equality.

Ayokunle made the call while briefing newsmen on the 104th Annual Session of the Nigerian Baptist Convention holding from April 22nd to 27, on Friday in Abuja.

He also said that the suspicion of favoritism by the Federal Government of one religious group at the detriment of others should be avoided.

“All must be done in political appointments and in the conduct of government’s business to reflect federal character not only on ethnicity but equally ensuring religious balance.

“The more the government adhere to these admonitions, the more coherent we will be together as a people and the greater the peace and development,’’ he said.

He commended the Federal Government’s recent efforts on the economy, adding that they should show more sincerity in the area of strengthening the local currency so that the siege of economic hardship would be lifted.

CAN President, who is also the President, Nigerian Baptist Convention, appealed to the government to pay salaries due to workers across the country in a good time and without delay.

“More sincerity should be shown on the economy, so that the siege of economic hardship that has almost crippled the lives of Nigerians and increased rates of suicide might be lifted.

“Salaries owed the workers all over the nation must be paid without delay.

“My Holy Bible says that the wages of the workers must not be delayed overnight,’’ he said.

Ayokunle also urged the government to always take proactive measures to safeguard the lives and property of Nigerians against insurgents.

He said just a few days ago, news broke again that some Fulani herdsmen allegedly hacked another 13 people to death in Southern Kaduna.

According to him, Nigerians need not continue to lose their lives like this where there is a government in place with all the tools to provide security.

“Last year, the government announced that it was establishing a military battalion in addition to a squadron of Mobile Police Force just to curb this menace.

“Therefore, it remains a wonder that innocent lives were still being lost despite these efforts.

“We are appealing to the government to desist from giving excuses anymore why the killings are still occurring. We want an end to be put to the killings henceforth. Enough is enough.

“We appreciate the Federal Government for waging war against Boko Haram and for sustaining it.

“We equally salute the courage of our gallant military and we shall continue to pray for them over this good work of defending the people on this matter,’’ he said.

Ayokunle said the theme of the five day conference is: “Moving Forward: Overcoming the Challenges of Life through Jesus Christ’’ as found in the Bible in John Chapter 16 Verse 33.

He said that the theme was carefully chosen with the leading of the Holy Spirit and was apt at this point when the country is witnessing various forms of challenges.

The News Agency of Nigeria (NAN) reports that over 30,000 believers drawn from Nigeria, Africa and other parts of the world would attend the convention. (NAN)