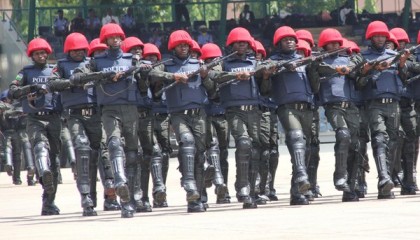 The Commissioner of Police, Federal Capital Territory (FCT) Command, Mr Musa Kimo has warned the Indigenous People of Biafra (IPOB) against its planned protest in Abuja.

Kimo gave the warning in a statement issued by the command’s Spokesman, ASP Usen Omorodion in Abuja on Sunday.

He said as a professional organisation, the command would not fold its arms and watch criminal elements hide under the guise of such protest to cause breakdown of law and order.

Kimo advised residents to go about their lawful duties without fear and molestation.

In a related development, the FCT spokesman the command arrested a member of an armed robbery syndicate at Robochi, Abuja on April 26.

He said Usman Alhaji Mai-moto, 24, a principal suspect was arrested with a stolen motorcycle by police operatives on routine patrol.

The spokesman said the suspect confessed to have participated in the snatching of several motorcycles at gunpoint.

Omorodion said the suspect had given the police useful information that led to the arrest of one of his cohorts, Wisdom Peter, 18, who was arrested while trying to sell a stolen motorcycle.

He said the two stolen motorcycles had been recovered from the suspects.

“Frantic effort is being made to arrest their cohort said to be in possession of the firearm used by the syndicate for its robbery operations.’’

The suspects are : Mansur Aminu, 24, Emmanuel Aboki and Dauda Isa.

Items recovered from them include, two clippers, 11 SIM cards and one generating set.