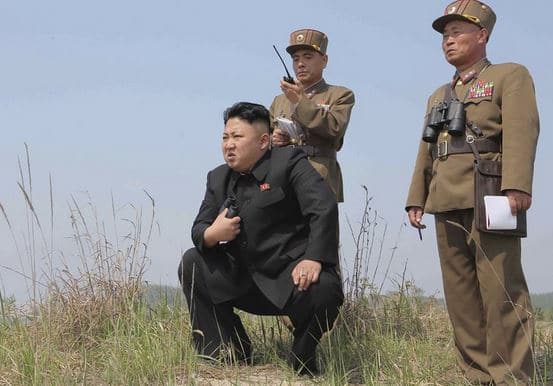 North Korea Bent On Continues Nuclear Tests ‘To The Maximum’

North Korea suggested on Monday it will continue its nuclear weapons tests, saying it will bolster its nuclear force “to the maximum” in a “consecutive and successive way at any moment” in the face of what it calls U.S. aggression and hysteria.

U.S. President Donald Trump has said a “major, major conflict” with North Korea is possible over its nuclear and ballistic missile programs, while China said last week the situation on the Korean peninsula could escalate or slip out of control.

In a show of force, the United States has sent the nuclear-powered USS Carl Vinson aircraft carrier group to waters off the Korean peninsula to join drills with South Korea to counter a series of threats of destruction from North Korea, formally known as the Democratic People’s Republic of Korea (DPRK).

“Now that the U.S. is kicking up the overall racket for sanctions and pressure against the DPRK, pursuant to its new DPRK policy called ‘maximum pressure and engagement’, the DPRK will speed up at the maximum pace the measure for bolstering its nuclear deterrence,” a spokesman for North Korea’s foreign ministry said in a statement carried by its official KCNA news agency.

North Korea’s “measures for bolstering the nuclear force to the maximum will be taken in a consecutive and successive way at any moment and any place decided by its supreme leadership,” the spokesman said.

Reclusive North Korea has carried out five nuclear tests and a series of missile tests in defiance of U.N. Security Council and unilateral resolutions. It has been conducting such tests at an unprecedented rate and is believed to have made progress in developing intermediate-range and submarine-launched missiles.

It test-launched a missile on Saturday which Washington and Seoul said was unsuccessful, but which nevertheless drew widespread international condemnation.