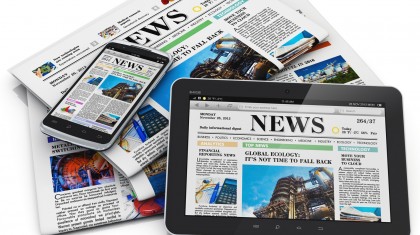 Media stakeholders on Wednesday in Abuja canvassed for unconditional freedom of press as the World marked this year’s press freedom day.

The News Agency of Nigeria (NAN) reports that the United Nations has set aside May 3, of every year to mark the world press freedom day.

In Nigeria, the theme of 2017 celebration is: “Critical minds for critical times: Media’s role in advancing peaceful, just and inclusive societies’’.

Speaking at the event, the President, Nigerian Union of Journalists (NUJ), Mr Waheed Odusile, urged stakeholders to unite in the struggle to ensure independence of press.

On her part, the Head of Press and Information of the European Union (EU) delegation to Nigeria and ECOWAS, Ms Pauline Torehall, said the union had expressed strong concern on the continued intimidation and violence against journalists across the world.

“ It is the primary obligation of the state to protect the right to freedom of opinion and expression as well as the right to privacy and ensure that its legal system provides adequate and effective guarantees for these rights.

“We promote the right of journalists, civil society to express their views freely so far as they are peaceful,’’ Torehall said.

She however cautioned journalists and other media actors to be careful by ensuring that their statutory freedom is not lost to self-censorship.

The EU scribe said the union believes that the right to freedom of expression and privacy through online media must be protected to avoid breach of human rights.

Ovrawah, represented by the Head of Press Unit of the commission, Mrs Fatima Agwai, said it became imperative for media stakeholders to create an enabling environment for professionals to benefit from their tasks as gate keepers.

“May I therefore use this opportunity to call on stakeholders to promote ethical and professional standard in journalism, particularly during elections and conflict situations in our dear country,’’ Agwai said. (NAN)