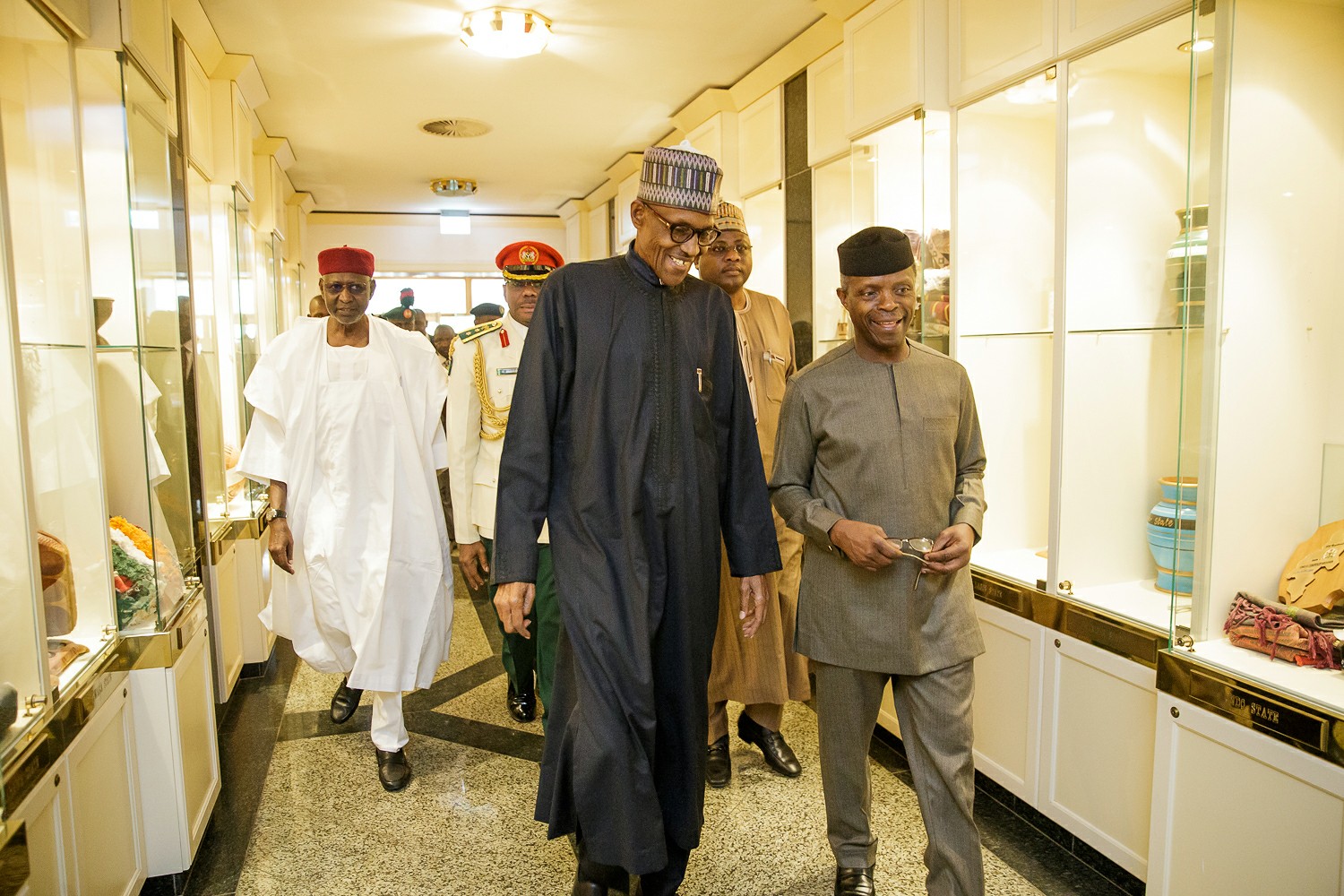 Austin Braimoh, Abuja: The Buhari Media Support Group (BMSG) has dismissed complains about the ill health of President Muhammadu Buhari by some interest groups and individuals as an excuse not to acknowledge the monumental achievements of his administration as mischievous, diversionary and purely laced with political motives.

In a statement issued today in Abuja and signed by its Protem Coordinator, Hon. TOBI Austin Braimoh and its Secretary, Chief Cassidy Madueke, BMSG said that it was unfortunate that such interest groups have failed to realize that Nigerians were no longer gullible to cheap blackmail.

“Nigerians feel and are still feeling the presence of the Federal Government administration through programmes/projects being implemented all over the country executed as well as people oriented polices being churned out.”

“It will no longer easy to pull the wool over the eyes of Nigerians on the monumental achievements being recorded under President Muhammadu Buhari’s administration,” the statement said.

Furthermore, the group described the complaints “as unnecessary and an orchestrated effort by those who pillaged the nation’s resources to distract the administration from its concerted efforts to recover all monies looted under the previous PDP administrations’’.

Contrary to the expectations of the detractors, BMSG said that the Buhari administration has continued to record significant progress in the three cardinal areas of economy, security and fight against corruption, adding that no amount of campaign of calumny will deter the administration from serving Nigeria’s selflessly.

“It is not surprising that as soon as the country started witnessing economic recovery, progress in various sectors as well as local and international commendations, the corrupt people in our midst chose to divert attention with the ill-health of Mr. President,” the group observed.

BMSG maintained that the complaints are politically-motivated and advised Nigerians not to be deceived by the diversionary tactics of those who looted the nation’s treasury and impoverished Nigerians.

“They want to eat their cake and have it and this is not humanly possible,” the statement said.

The Group assured that the President Buhari administration is on course and is resolute on delivering on its mandate to Nigerians irrespective of tribe, tongue or religion.

The group also reassured Nigerians that the president is having a deserved rest, working from home and that government is working seamlessly.