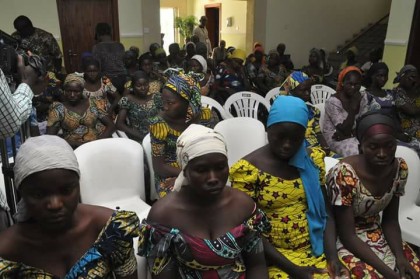 Taidi said in an interview with the News Agency of Nigeria (NAN) in Minna that the gesture was also a clear demonstration of the Buhari administration to secure the release of all those in captivity. Also Read; Senate President Bukola Saraki Salutes President Buhari on Release of 82 Chibok Girls

“It shows that the Federal Government and its partners have the capacity to release the remaining girls.

“The release would help to check the emotional trauma the parents of the girls might be facing in the last three years.”

Jonathan, therefore, called on Nigerians irrespective of religious and political differences to support the government in its efforts to provide security and set the nation on the path of prosperity. Also Read; More On 82 Freed Kidnapped Chibok Girls, Schedule To Be In Abuja Today

Jonathan said Nigerians should imbibe the culture of offering intelligence information to security agencies to help in tackling criminality in the society.