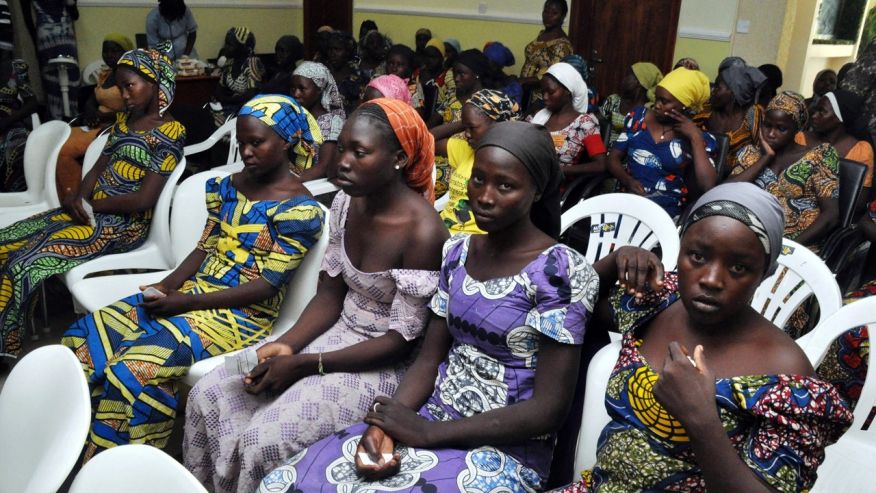 Segun Adeyemi, Abuja: The Federal Government has described as indecent, inhuman and ill-timed the statement credited to a faction of the PDP criticising the process that led to the release of the 82 Chibok Girls over the weekend.

In a statement issued in Abuja on Monday, the Minister of Information and Culture, Alhaji Lai Mohammed, said it is patently insensitive for any individual or organization to seek to douse, on the altar of politics, the universal joy that has greeted the release of the 82 girls – the highest number so far freed since their unfortunate abduction under the watch of the PDP over three years ago.

He said from the ill-advised statement, it is clear that the PDP, whose incompetence and cluelessness precipitated the Chibok girls crisis in the first instance, is not wishing and praying for it to end with the safe return of the abducted girls.

“In his inaugural address, President Muhammadu Buhari said the Administration cannot claim to have defeated Boko Haram without rescuing the Chibok girls. He also said this government WILL DO ALL IT CAN to rescue them alive.”

“If that includes swapping some Boko Haram elements for the girls, so what? Will the PDP rather have the girls stay in perpetual captivity, just to prove a ludicrous point? Didn’t superpower United States engage in negotiations with the Taliban that led to the exchange of five Taliban fighters for US Army Sgt Bowe Bergdahl in 2014? Didn’t Israel release 1,027 Palestinian prisoners in exchange for one Israeli soldier, Gilad Shalit, in 2011?

“A lot of factors come into play when a nation has to decide whether or not to engage in prisoner/hostage swap. None, however, trounces the sanctity attached to human life and the consideration for the pains of the loved ones of those involved,” Alhaji Mohammed said.

He said it is clear that the kind of disdain for human life which the PDP exhibited in its incautious statement is the same reason the poor girls were kidnapped in the first instance, and for which then PDP-controlled Federal Government took what seemed an eternity before even acknowledging the abduction – thus losing critical time for their rescue.

“Since the PDP failed – as it did in everything – to rescue even one of the Chibok girls, the party should hold its peace while this Administration continues to seek the release of all the abducted girls, using every means at its disposal, in addition to working assiduously to end all Boko Haram hostilities,” the Minister said.