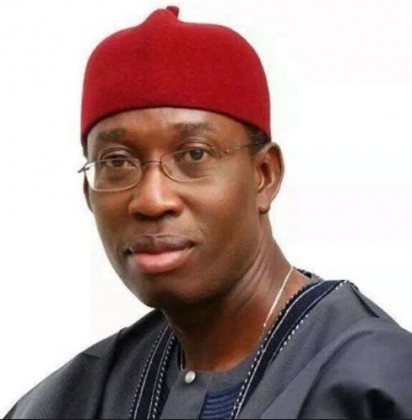 Gov. Ifeanyi Okowa of Delta said the State Government would collaborate with the Federal Government to sustain the existing peace in the Niger Delta region.

Okowa gave the assurance on Tuesday when he paid a courtesy call on His Royal Majesty, Anthony Ogbogbor, the Uzorigbudu of Ozoro, Isoko North Local Government Area of The state.

The governor who was in Ozoro to commission some completed road rejects in the area, urged the people to remain peaceful to attract more projects to the area.

According to the governor, the Federal Government is committed to ensuring sustained peace in the region.

“We shall collaborate with the Federal Government to ensure that the existing peace is sustained in the entire Niger Delta region.

“So, I urge you to remain peaceful and your request on the OML 26 operating in this area is noted,” he said.

Ogbogbor commended the governor for his prudence in the management of the “lean resources” accruing to the state currently.

He, however, called on the governor to insist and advise the operators of the OML 26 on the local content.

“Host communities should be giving right of first refusal, we are peaceful people but they should look our way,” the monarch said.(NAN)