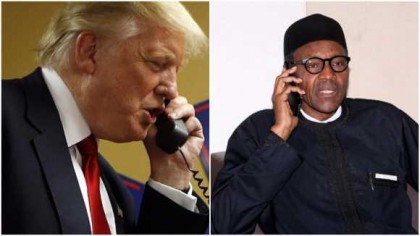 The U.S. said on Tuesday that the agenda being pursued by President Muhammadu Buhari’s administration were in line with its expectations.

The Deputy Director, Office of West African Affairs, Bureau of African Affairs at the U.S. Department of State, Mr Nathan Holt, made the remarks on Tuesday from Washington, D.C. via teleconference on: ‘Nigeria, a critical U.S. partner’.

Holt said: “In 2015, Nigeria had a very important election. It elected Muhammadu Buhari as president.

“This represented the first time in Nigerian history that there was a peaceful, democratic transfer of power from one party to an opposition party.

“It was a milestone not only for Nigeria, but really for Africa as a whole.

“President Buhari’s electoral platform was that he wanted to fight insecurity, particularly the depredations of Boko Haram and other forces in the northeast.

“He wanted to grow the Nigerian economy, create jobs for its growing population, and he wanted to fight corruption.

“Well, the nice thing about that agenda is that it meshes very well with our own.

“That is – those are areas of focus that very much are consistent with U.S. interests in Nigeria. We too want to partner with Nigeria and its neighbours to fight terrorism.

“We too support private-sector-led economic growth. And we are very much in favour of President Buhari’s campaign against corruption,” the U.S. envoy on African Affairs, said.

Holt also spoke on his country’s decision to cut foreign aid, assistance, and payments to UN programmes but pledged continued robust U.S. assistance to Nigeria and other countries in West Africa.

According to him, the U.S. remains the leading humanitarian donor in the humanitarian, bilateral development assistance and the President’s Emergency Plan for AIDS Relief (PEPFAR).

“We are very pleased that we are the lead humanitarian donor in the Lake Chad Basin region.

“The PEPFAR programme has really helped turn back the tide of HIV/AIDS not just in Nigeria but across the African continent,” he said. (NAN)