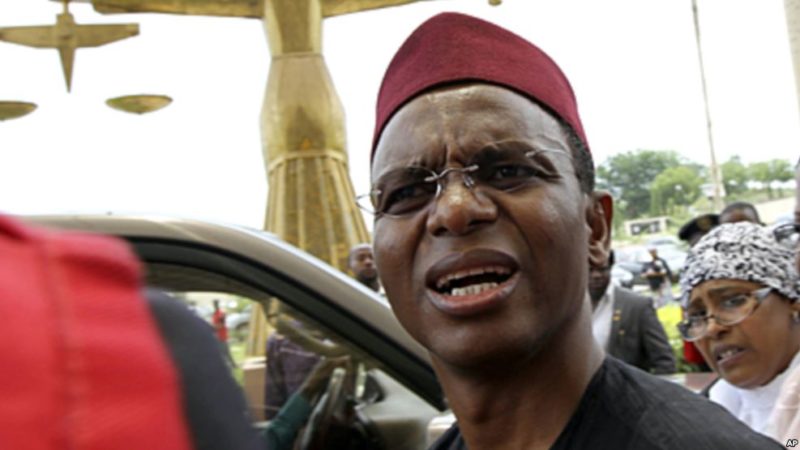 Gov. El-Rufai Appears In Court, Testifies In Libel Case Against The Union

Samuel Aruwan, Kaduna: Malam Nasir El-Rufai, the governor of Kaduna State, today gave evidence at a Kaduna High Court in a libel action he instituted against the publishers of The Union. In July 2015, less than two months after he took office, The Union published a scurrilous story, about the governor’s assets.

In the story, The Union invented figures they said the governor held in cash and assets. For good measure, the newspaper claimed that there was uneasy calm and shock in Kaduna over the false assets they had reported.

The Governor directed his legal team to sue the Today Publishing Limited and the reporter for defamation.

Led in evidence by his counsel A.U. Mustapha (SAN), Malam Nasir El-Rufaisaid that he was in court to seek justice over the attempt by the publishers of The Union to scandalise him.

During cross-examination by counsel to the defence, Malam Nasir El-Rufai affirmed that he declared his assets as governor-elect, as mandated by the constitution, prior to taking the oath of office as Governor of Kaduna State. He confirmed that he became very successful and comfortable as a chartered Quantity Surveyor while still young.

The governor’s testimony was delayed by contention among the counsels over admissibility of documents. Having heard the two sides, the judge ruled, admitting in evidence all the documents frontloaded by the legal team of Malam Nasir El-Rufai.

Following the conclusion of cross-examination, the court adjourned to 15th June 2017 for the defence to open its case.