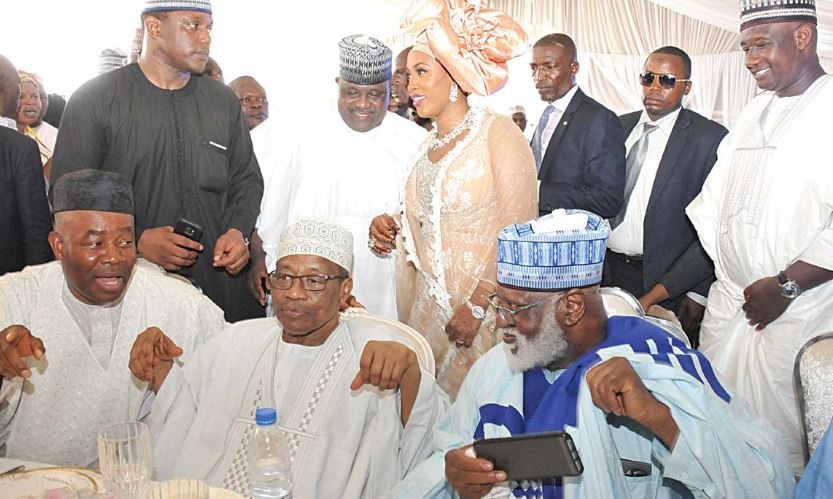 The wedding ceremony of Halima, daughter of former military president Ibrahim Babangida on Friday May 12, 2017 was attended by dignitaries from all works of life within and outside Nigeria.

The wedding Fatiha was conducted with the payment of 10 cows and N500,000 as dowry by the groom, Auwal Abdullahi The groom, a businessman is the Sarkin Sudan of Gombe, in Gombe state.

Reports say Gen. Garba Wushishi performed the symbolic ceremony of handing over Halimat at 2.45 pm in marriage to Abdullahi.

Gov. Ibrahim Dankwanbo of Gombe state received the bride on behalf of the groom, who hails from the state.

Former President Goodluck Jonathan, including his wife, Patience led the galaxy of big political and military figures that graced the occasion..

Also prominent among the guests at the ceremony were businessman, Aliko Dangote and Mr Mark Snoxell, Managing Director, Dornier Aircraft.