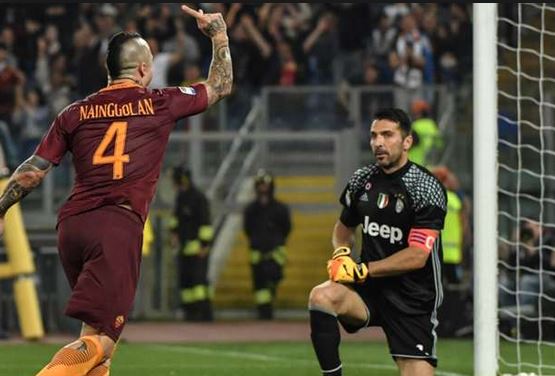 Juventus missed the chance to seal their sixth consecutive Serie A title on Sunday as they lost to second-placed Roma.

They remain four points clear of the capital side with two games remaining and will wrap up the title however if they beat Crotone at home next Sunday.

Massimiliano Allegri’s side only needed a point to secure a record sixth league title in a row and looked in good shape to do it when Lemina tapped home Gonzalo Higuain’s cross.

Nainggolan smashed in a third on the bounce and Juve rarely looked like coming back from that. 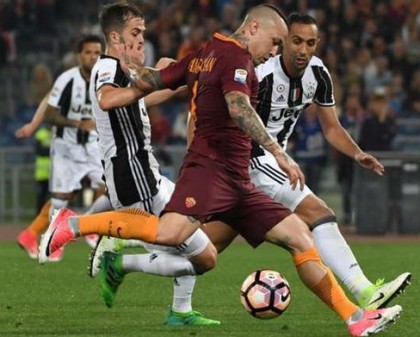 Juventus are still likely to win the title and will have the chance to win it in front of their own fans against struggling Crotone on Sunday.

However, they could actually be champions on Saturday if Roma lose at Chievo, and third-placed Napoli do not beat Fiorentina at home.

By that stage, Juventus will know whether they can still win the treble, with the Champions League final against Real Madrid to come on June 3.

Juve has a pretty good record of back-to-back double title win in the history of the Italian League.

With Conte as manager, Juventus went unbeaten for the entire 2011–12 Serie A season. Towards the second half of the season, the team was mostly competing with northern rivals Milan for first place in a tight contest.

Juventus won the title on the 37th matchday after beating Cagliari 2–0 and Milan losing to Internazionale 4–2.

After a 3–1 win in the final matchday against Atalanta, Juventus became the first team to go the season unbeaten in the current 38-game format.