All You Need To Know On NTA Network News Summary

NTA Network News Summary for Monday 15 May 2017. A roundup of all news item covered of the day’s news from the news bulletin.

Acting Prsident in Katsina
Acting President Yemi Osinbajo was in Katsina in the week, just ended to declare the fourth micro, small, and medium enterprises clinic open.
While addressing the people, the acting president in disclosed that his relationship with the president in the last two years has been more like a brother and a son.

Expectations from New France President
As France swears in its new president, 39 year old Emmanuel Macron, unification of the people of France and adequate security in the country are major challenges before him.
Former Nigerian Ambassador to France and Monaco, Ambassador Akin Fayomi said this in an exclusive interview 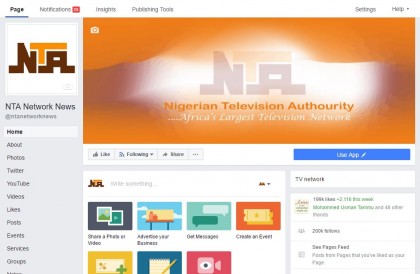 NUJ Collaborates Chinese Journalists
The Nigeria Union of Journalists has signed a memorandum of understanding MOU with all China Journalists Association for the exchange of programme visits, and technical assistance.
This is one of the gains of the visit of a Chinese delegation of journalists to Nigeria as part of the growing bilateral relations between the two countries.

As Nigeria joins the rest of the world to mark the day, we take a look at the impact and connection of the youths as members of the basic unit of the society called family.

NEWER POST#NewsInPhoto: Osinbajo With Pastor Adeboye At RCCG Region 10 Family Programme
OLDER POSTRANSOMWARE: You Might End Up Paying Before Having Access To Your System – NITDA DG