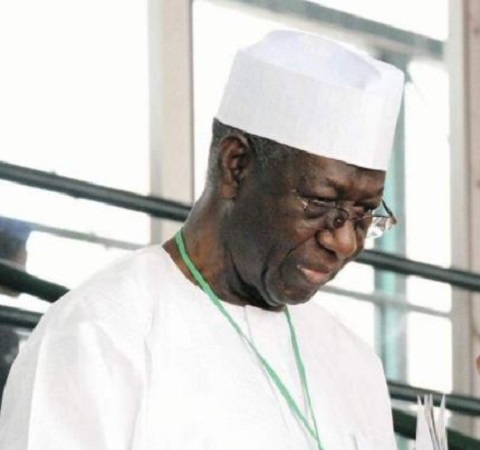 The National Caretaker Committee of the Peoples Democratic Party (PDP) has commiserated with former Chairman of the party’s Board of Trustees, Chief Tony Anenih, on the death of his wife and son.

In a condolence​ message by Mr Dayo Adeyeye, National Publicity Secretary of the committee, on Tuesday in Abuja, the party said it was heart-breaking for a man to lose wife and son with short intervals.

Mrs Patricia Anenih passed on at 74 in London on April 16.

Anenih’s son, Mr Eugene Anenih, died on Sunday at the age of 51. Both are yet to be buried.

According to the statement, the party identifies with Anenih’s agony at this trying period.

It said, “your wife’s untiring support in an extremely busy and action packed political career cannot be overemphasized. Her departure must have left you with so much sorrow.

“We believe in your capacity to overcome these painful losses. May the Lord grant you and your family the fortitude to bear the irreparable loss.

“We pray that you will not sorrow again in the remaining days of your life. May the souls of the departed rest with the Lord in perfect peace.”

Anenih was a member of the PDM until early April 2002, when he transferred to the People’s Democratic Party (PDP).

Anenih was said to have masterminded the 26 April 2002 declaration of President Obasanjo at the International Conference center Abuja.

He was deputy national coordinator of Olusegun Obasanjo’s campaign Organisation in the 1999 and 2003 elections.

Chief Anenih was appointed Minister of Works and Housing in 1999. He subsequently became Chairman of the Board of Trustees of the PDP.