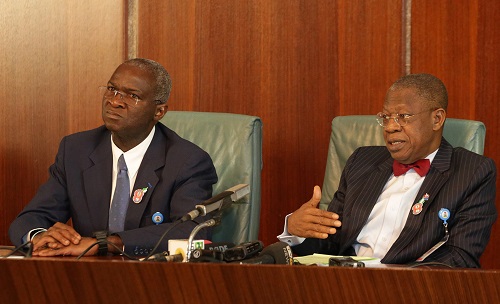 Segun Adeyemi, Abuja: Our attention has been drawn to a story in a section of the media quoting the Honourable Minister of Information and Culture, Alhaji Lai Mohammed, as saying “we don’t know who will sign the 2017 budget.”

This quote is a malicious misrepresentation of what transpired at the post-Federal Executive Council Meeting press briefing on Wednesday, 17 May 2017.

When the Minister was asked a question relating to the signing of the 2017 Budget, his response was “When it is transmitted to the Presidency, the issue will be addressed.”

Anything beyond that response amounts to deliberate mischief and should be ignored.