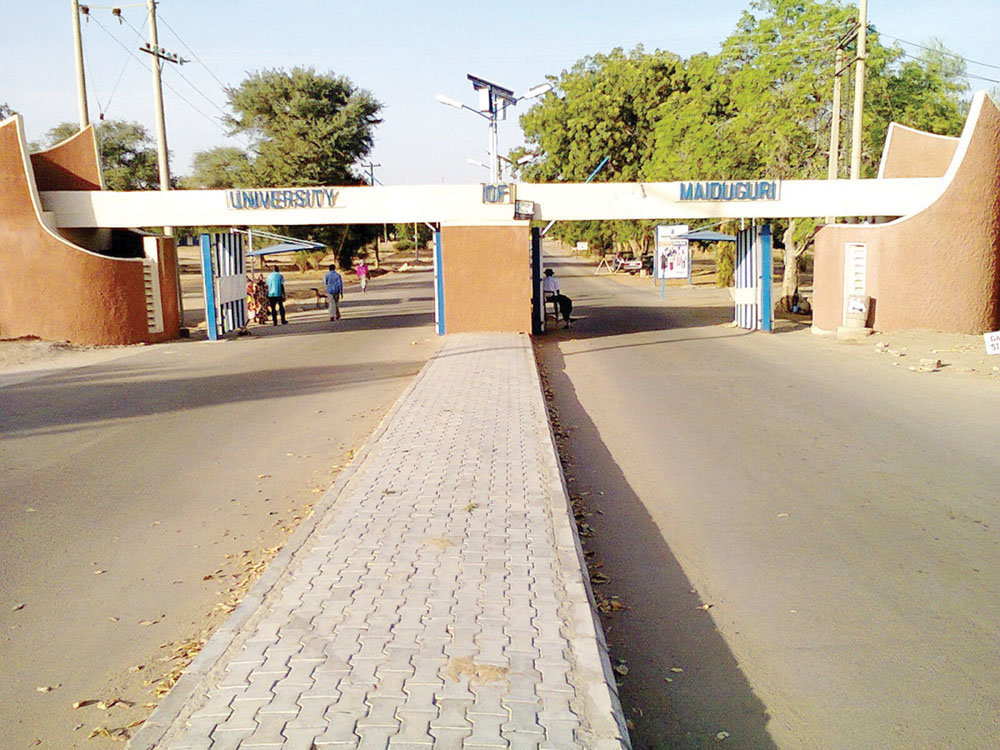 On 18/5/2017 at about 2350 hrs, three male suicide bombers with IEDs strapped to their bodies, gained entry into the premises of university of Maiduguri.

In an attempt to enter the female hostels, they were intercepted by security operatives. One of the bombers hurriedly detonated his IED vest, killing himself instantly.

The other two bombers detonated their near a construction site also within the proximity of the University premises, killing themselves alone.