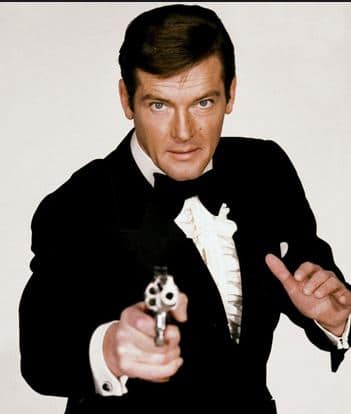 Veteran James Bond and English actor, Roger Moore is dead. His family announced his death, after a battle with cancer, on 23 May 2017.

He played the British secret agent James Bond (being the third actor to do so, after Sean Connery and George Lazenby) in seven feature films between 1973 and 1985.

He is also known for playing Simon Templar in the television series The Saint between 1962 and 1969.

In 2008, the French government appointed Moore a Commander of the Ordre des Arts et des Lettres, and the same year he received a star on the Hollywood Walk of Fame.

Moore was diagnosed with Type 2 diabetes in 2013, which left him unable to drink martinis.

He had to learn to walk again after a bout of pneumonia, and had a pacemaker fitted after collapsing on stage.