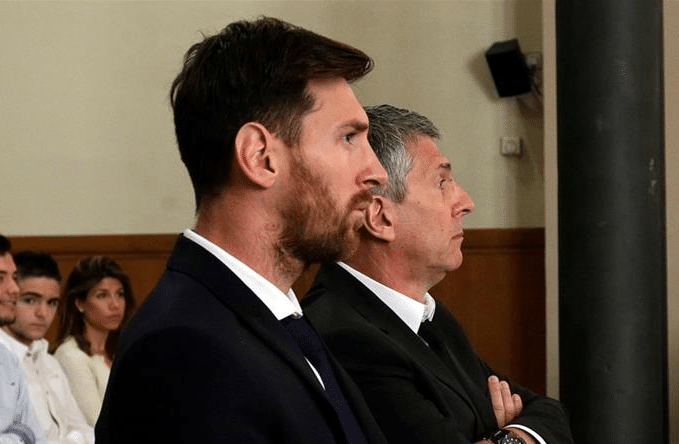 The five times winner of the FIFA Ballon d’Or awards which he won four times consecutively,  is however unlikely to go to prison.

Messi and his father Jorge were found guilty by a Catalan court last July on three counts of tax fraud between 2007 and 2009.

The fraud was said to be to the tune of 4.1 million euros (about N2.5 billion) on image rights.

The duo were also fined 2 million euros (about £1.7 million or N1 billion).

The court reduced Jorge Messi’s sentence from 21 months to 15, however, for returning the defrauded amount to Spain’s tax authority.

Neither Messi nor his father are expected to serve time in jail, as under Spanish law sentences under two years can be served under probation.

A court statement said Messi “unequivocally understood his obligation to pay tax on income obtained from exploiting his image rights…therefore it is not logical that he should ignore his duty to pay tax on them”.

The Supreme Court’s ruling brings an end to a case which began in 2013.

The 29-year-old Messi and his father defrauded the Spanish tax office of 4.1 million euros between 2007 and 2009 by using a web of shell companies based outside Spain.

These companies are in Belize, Switzerland and Uruguay, and the idea was to evade taxes on income from the player’s image rights.

He is due to play in the King’s Cup final next Saturday in Madrid, the last game of the domestic season.

He is expected to sign a new contract with the Catalan club later this summer, with his current deal expiring in June 2018.

FC Barcelona last year released a statement in support of Messi following his guilty sentence and launched a campaign in support of him on social media.

But they have not yet commented on the Supreme Court’s decision.