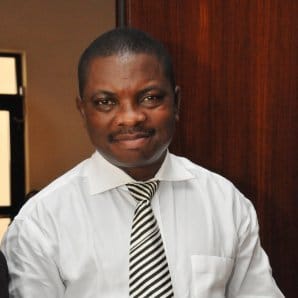 Nigerians searched on Google to know more about the death of Channels TV correspondent, Chukwuma Onuekwusi and the Manchester bomb attack from May 19 and to May 25.

Mr Taiwo Kola-Ogunlade, Google’s Communications and Public Affairs Manager for Anglophone West Africa made this known in a statement in Lagos on Thursday.

He said that in the week under review, terms ranging from the passing of State House correspondent for Channels TV Chukwuma Onuekwusi, and two other issues captured Nigerians attention.

He said that the Acting President, Prof. Yemi Osinbajo had expressed sadness over the news of the death of Chukwuma Onuekwusi, the Channels TV State House Correspondent.

He said that the presidential spokesman, Mr Laolu Akande on Tuesday extended Osinbajo heartfelt condolences to the Onuekwusi’s family as well as Channels TV family on the sad passing of Onuekwusi.

He said the Chairman of State House Press Corps, Mr Ubale Musa announced that Onuekusi died on Tuesday, May 23 at a private clinic in Abuja after battling an undisclosed illness.

He said that Ariana Grande fans were shocked by the recent Manchester bomb attack at her concert.

The Google Manager said that at least 22 people including children were reported dead and 59 injured in an explosion outside an Ariana Grande concert in Manchester, England on May 22 at approximately 10 p.m.

According to him, many people around the world took to social media and other online platforms to show solidarity with the victims of what is seen as a terror attack.

He said more so, British actor, Sir Roger Moore, who played super spy James Bond in the 007 movie franchise for over two decades, died from cancer on Tuesday, May 23, aged 89.

He said that in a statement published on Twitter by his children had written: ”It is with a heavy heart that we must announce our loving father, Sir Roger Moore, has passed away today in Switzerland after a short but brave battle with cancer.”

He said that another issue that trended on Google search was Arsenal’s ‘open talks’ to sign Belgian football top-scorer Onyekuru for 6.8million pounds.

He said that the 19-year-old Nigerian had scored 20 goals this season and had attracted the attention of a number of clubs as a result.

According to him, Everton, Southampton and West Brom are all believed to be interested in signing Onyekuru, and now Sky Sports is reporting that Arsenal has joined the race.

“The clinical striker has a £6.8million release clause in his contract and has already turned down offers to stay in the Belgian league with Brugge and Anderlecht.

Google Trends, launched in May, 2006, allows the public to see how popular search terms and their demography have been overtime on Google.  (NAN)