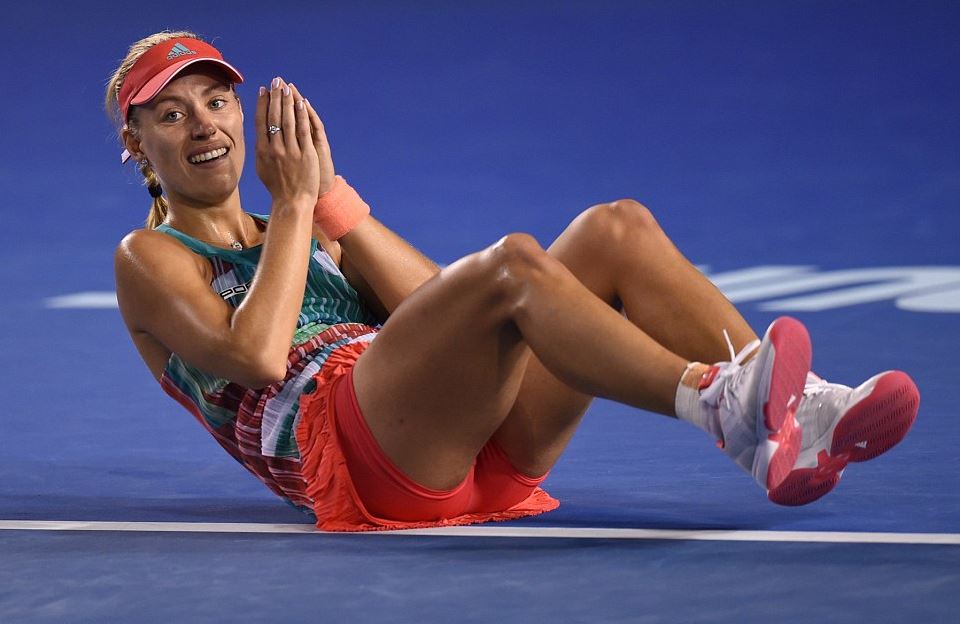 The nightmare world number one Angelique Kerber has undergone this season hit a new low on Sunday when she crashed out of the French Open.

Expectations of a great 2017 season had weighed heavily after a stellar 2016, but she has not lived up to them with a torrid season so far.

The News Agency of Nigeria (NAN) reports that the latest for the German is the disappointing 2-6 2-6 loss to 40th-ranked Ekaterina Makarova.

She has thus become the first top seeded woman to lose in the opening round of the French Open since the sport turned professional in 1968.

It was not an unfortunate loss, as the disparity between the players in her Russian opponent’s favour was as wide as the scoreline suggests.

She cut a troubled figure on court a world away from the feisty baseliner who last season battled her way to two Grand Slam titles.

The 29-year-old Kerber lacked the pace and power to trouble her fellow left-hander.

She has struggled this year, withdrawing from the Madrid Open with a thigh injury and going down in straight sets to qualifier Anna Kontaveit in Rome.

But Sunday’s setback — albeit on a surface for which she has no great affection, following an opening round exit in 2016 — threatens to leave her season in tatters.

That picture offers the starkest of contrasts with a spectacular 2016 that also brought her major wins in the Australian and U.S. Opens.

“Last year it was a completely different year. I mean, the pressure is always there,” she told a news conference.

The German will be happy to leave Roland Garros behind, and hope to rediscover a game in which several cylinders are misfiring in time for Wimbledon.

She finished runner-up last year at the All-England Club.

“Right now I think that I have to find to myself again and just trying to forget the clay court season as soon as possible,” Kerber said.

Makarova — who had won four of her previous 11 encounters with Kerber — was making her first singles appearance on the Philippe Chatrier centre court.

She was also fighting against history.

But she arrived at Roland Garros high on confidence, after having beaten Agnieszka Radwanska and Dominika Cibulkova on clay this year.

She held her nerve to close out the match in a final game that featured five deuce points.

“I was also fighting with my emotions not to wait for a mistake (by Kerber),” Makarova said at courtside.

The Russian had imposed herself early in the first set, hitting a series of blistering forehand winners down both wings that Kerber often struggled to reach.

After briefly threatening a recovery in the eighth game, in which she held two break points, Kerber meekly surrendered the first set with a forehand that never looked like clearing the net.

The German dropped serve in the next game, with Makarova hitting another four clean forehand winners to consolidate her hold on the match.