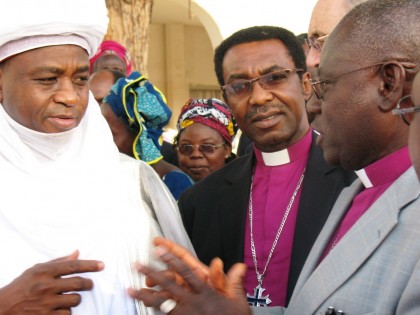 As the Nation marks its Democracy Day today, the Muslim Media Watch Group of Nigeria, calls for sober reflection and attitudinal change especially from those in leadership in this Country.

This appeal becomes necessary as the present situation calls for concern. The Nation in the last few years has majority of its citizens suffering in the midst of plenty. This is because our leaders have allowed their respective selfish and materialistic interests to override their sense of judgement. The emergence of President Muhammadu Buhari as the new Nigerian Leader which most Nigerians who voted him to power rests their hope, has in the last two years been a mirage due to lack of commitment of those who are in leadership with him.

We therefore appeal to the Nation’s leadership to re-appraiise their plan, strategies and implementation process and evolve a better approach to Nigeria’s developmental programmes with special emphasis on poverty reduction.
One of the best ways of tackling the economic problems is the upward review of salaries and pensions, clearance of backlog of salaries and pensions and incentives to upscale industrial development.

We commend the Federal Government for fighting corruption and we appeal to the Anti-Graft Agencies not to be deterred by the unnecessary and unwarranted criticisms from some quarters but to fight the battle with renewed vigour so as to reduce to corruption in no distant future. We appeal to the National Assembly to scrutinise and pass some bills that are concerned  with the anti-corruption stance of the FG, so that relevant aspects of them could be used to deal with the economic sabotuers.

As this year’s holy month steps in, we appeal to muslims to generally reflect on the purpose of fasting which is Taqwah (Fear of God) and  call for total submission to His will.

One of the ways of doing this, is to increase our alms-giving, provide for the needy and render assistance to the need less-priviledged.