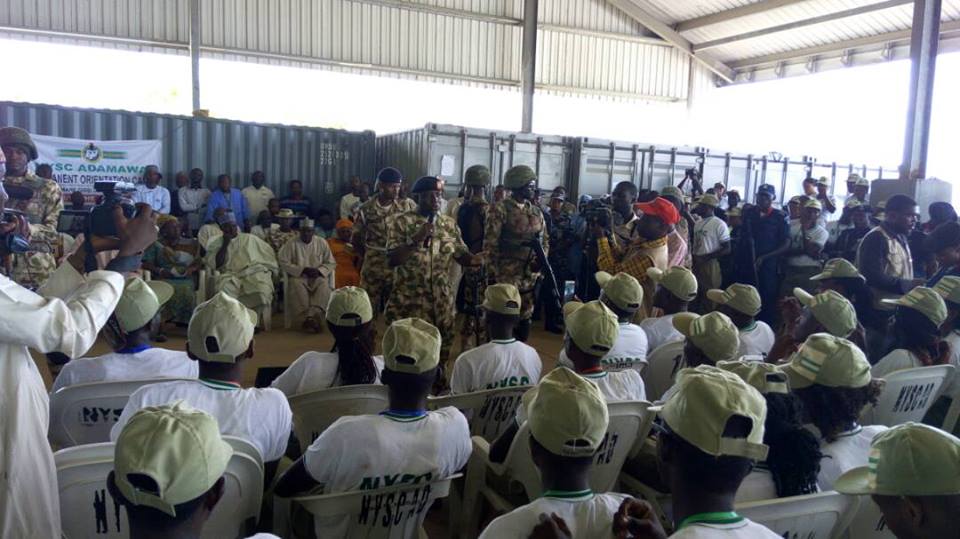 NYSC, Adamawa: President Muhammadu Buhari has been hailed for his commitment, which led to the ousting of Boko Haram insurgents from their strongholds in the north east and the return of peace to the region.

The NYSC Director-General, Brigadier General Sulaiman Kazaure, made the commendation today while addressing Corps members of the 2017 Batch ‘A’ (Stream One) at the NYSC Permanent Orientation Camp in Adamawa State.

He particularly noted that the final defeat of the insurgents had made the resumption of the hosting of Orientation Course in Adamawa State possible.

“I also commend the gallant officers and men of the Nigerian Armed Forces for the successes recorded in the war against the insurgents which made it possible for us to re-open our camp,” Kazaure said.

The Director-General, however, told the Corps members to always be security-conscious, adding: “Security is a collective responsibility; it does not rest with the soldiers and the Police alone.”

He advised the Corps members to avoid risky engagements such as attendance of night parties, unauthorized journeys and lone movements.

Kazaure expressed hope in the Corps members’ future, but advised them to always be honest and hard working instead of cutting corners.

Earlier in his welcome address, the NYSC Coordinator, Malam Muhammad Abubakar, had thanked the Director-General for his efforts in reaching out to the relevant authorities, which helped in securing the return of the Orientation Camp to the Scheme after four years of holding Orientation Course for Adamawa Corps members outside the state.

Abubakar also expressed gratitude to the NYSC top Management for approving the procurement of 400 units of double bunk beds for the camp to address the shortage of the beds .
He said the Corps members undergoing the Orientation course were disciplined, patient and understanding, and had been engaging actively in camp activities.