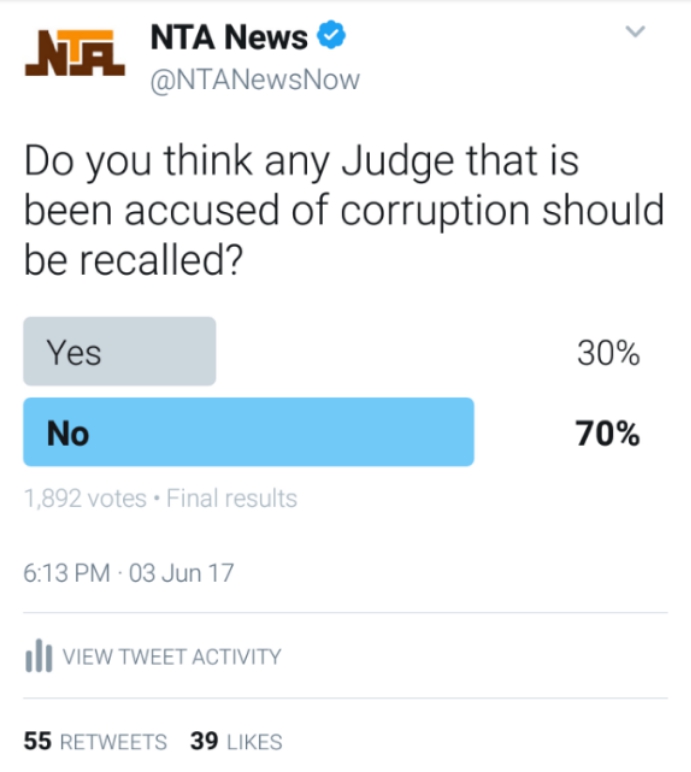 Nigerian Television Authority NTA ran a poll yesterday that runs through to today on whether the 5 accused Judges be recalled by the National Judicial Council NJC.

70% of the 1,886 votes from the poll disagree to the recall of the accused judges, owing to the fact that their image and character are now questionable after the charges.

Opinion varies though, but the majority of the poll participants believed that the NJC will do the judiciary more harm than good if they recall the accused judges even though the courts that try them discharge and acquits them of the charges brought against them.

Kayode Tweet “the integrity of such a judge had been compromised already hence can’t be trusted with such an exalted position.”

“Once accused, your credibility is lost, that’s final,” Akpayang Tweeted.

However, @NnaemekaFelix said “they should be properly investigated, when found guilty, should be sanctioned heavily.”

While @Kanvita1 believe “if the judge is not guilty he or she can start work back.”

Below is Twittwr reactions and some Tweets from participants of the closed poll run yesterday through to today. 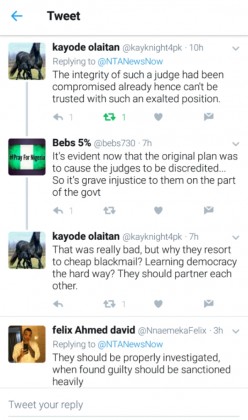 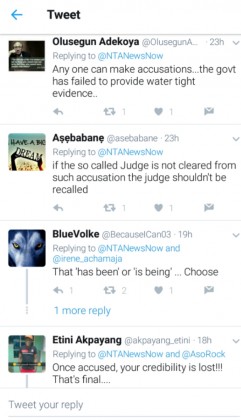 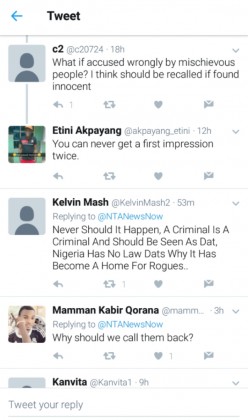 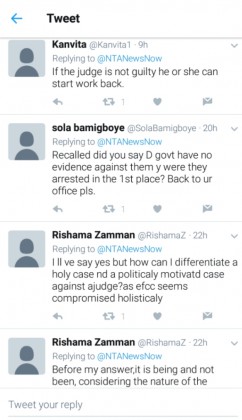 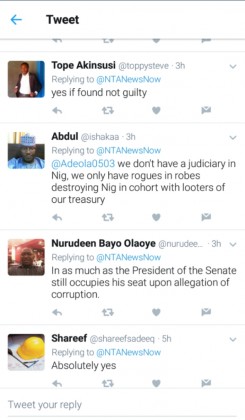 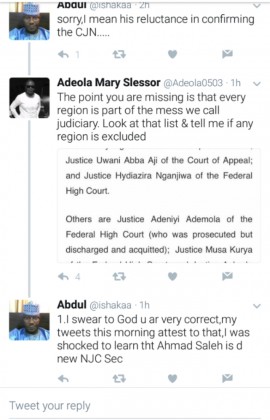