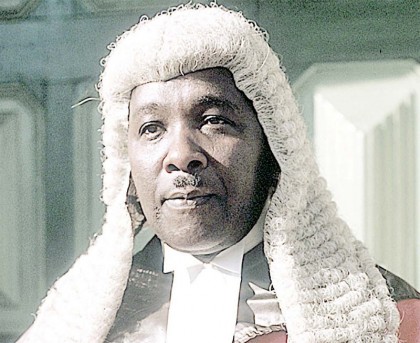 Justice Adeniyi Ademola of the Federal High Court, Abuja, resumed sitting on Wednesday after eight months as was directed by the National Judicial Council (NJC).
Ademola, his wife and his lawyer Mr Joe Agi (SAN), were arraigned on Dec. 13, 2016, on an 18- count charge of criminal conspiracy to receive gratification in various ways.

All the defendants were, however, discharged and acquitted on April 5.

After the acquittal, the NJC directed that all the judges given clean bill of health should resume judicial duties from June 7.
Other judges recalled were: Justice Inyang Okoro of the Supreme Court, Justice Uwani John of the Court of Appeal, Justice Hydiazira Nganjiwa and Justice Musa Kurya of the Federal High Court.

When Ademola entered his courtroom, the first case that his registrar called was a matter between one Mr Undie Pius and the Peoples Democratic Party.

Agi, who was prosecuted alongside Ademola, was a counsel to one of the parties.

Agi, however, asked that the matter be struck out since it has been overtaken by events.

The News Agency of Nigeria (NAN), reports that Ademola handled all seven cases on his cause list, some of which were struck out since counsel said the cases had been overtaken by events.

Ademola appeared cheerful and calm during the proceedings as he acknowledged felicitations from lawyers in court who said they were happy to have him back.

NAN also reports that Agi refused to speak to journalists after the court proceedings. (NAN)