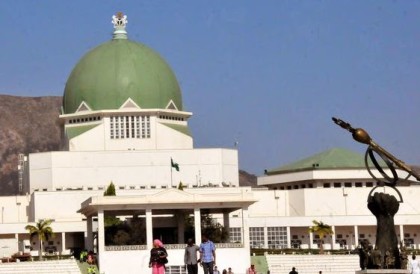 The House of Representatives on Thursday condemned the ultimatum by Coalition of Arewa Youths to Igbos to leave the Northern region of the country.

Consequently, the house urged security agencies to be on the alert to forestall any breakdown of law and order that may arise as a result of the threat.

The resolution was sequel to the adoption of a motion under matter of urgent public importance by Rep. Oghene Egoh (Lagos-PDP).

Moving the motion, Egoh condemned the relocation threat issued by the 16 Northern youth groups and the stand of the Indigenous People of Biafra (IPOB) on the matter.

The lawmaker stressed the need for the Federal Government to urgently intervene in order to avert a national crisis.

“As part of the campaign by the IPOB for the actualisation of Biafra Republic, Biafra agitators shut down major towns in the South-East on May 30, 2017.

“In its reaction, the Movement for the Actualisation of Sovereign State of Biafra (MASSOB) said it received with gladness the ‘quit notice’ and urged the Igbos to return home immediately.

“The two calls created alarming twist which is ominous and dangerous for the good health of Nigerians.

“This motion is not interested in the merit or demerit of Biafra nor is it interested in apportioning blame on those who made the two unpatriotic calls.

“Rather, this is only concern for the nation’s leaders to immediately intervene to stop these agitations from resulting in violence that may consume the entire nation,’’ Egoh said.

He also urged the National Assembly and the Presidency to initiate dialogue with the two groups to avoid damage to the nation.

“While people have the right to their views and decisions about lives, the National Assembly must rise to the occasion we find ourselves and put an end to the confusion that is brewing.

“This must be done by appealing to both parties to withdraw their demands to avoid loss of lives, especially that of innocent children, women and others who are not part of the problem,’’ Egoh warned.

Without debate on the motion, the House urged the Arewa youths and their Biafra counterpart to rescind their decisions.

The legislators called on the Federal Government to urgently wade into the crisis in order to avoid loss of lives and properties. (NAN)